Not at all wibbly-wobbly 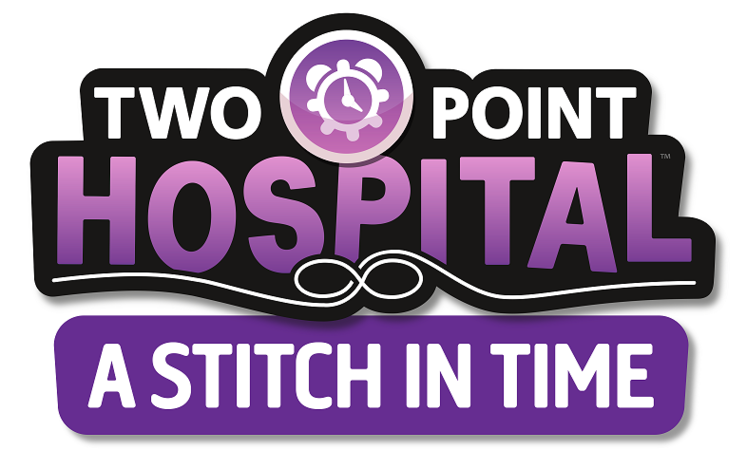 Two Point Hospital: A Stitch in Time features Captain Yesterday, an inventor responsible for the creation of a time machine for purely capitalistic reasons. The invention causes time anomalies and pokes time portals throughout creation, sending people falling out of their time into different eras.

In order to fix it, you somehow need to treat those people for their “time sickness”, and eventually send them back home. If that sounds involved, it isn’t – Two Point Hospital doesn’t like to take risks, and each of its DLC is the embodiment of the “more of the same” concept. A Stitch in Time is no exception, with most of its content being cosmetic in the shape of new art or new disease descriptions.

That has long been the biggest issue with 2PH, and something every single DLC has failed to address. Building hospitals again and again by building the exact same rooms again and again and placing the exact same furniture again and again, 2PH’s suffers from a bit of a shallow gameplay loop. The new Speed Dating room, packing the giant Stargate-looking Yesterizer portal, adds one extra step after the cure, but it happens automatically like every other treatment and therefore changes absolutely nothing. 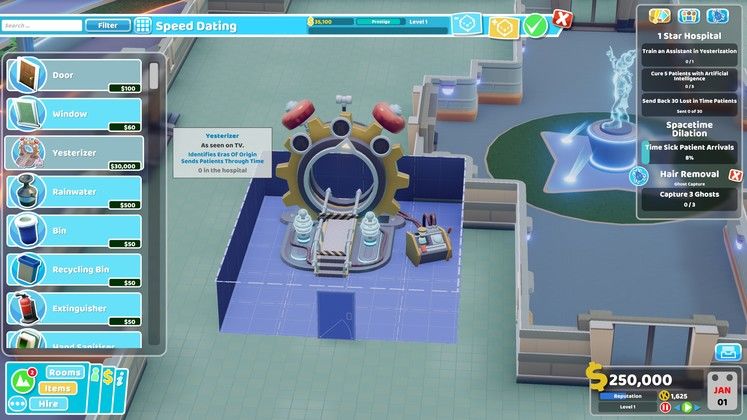 Still, Two Point Hospital: A Stitch in Time does bring more of the same, and if it’s more of the same you want, it won’t steer you wrong. There are 34 new diseases to discover – 13 of them visual, such as the brilliantly named Reptile Dysfunction whose patients all dress in dinosaurs suits – as well as new music, new tannoy lines, and a bunch of new game items such as the Wormhole Bin and the Map of Time.

Still, the biggest addition are undoubtedly the maps – A Stitch in Time brings three new hospital locations, each set in a different time period: Clockwise-upon-Thyme, a medieval city set in the river Thyme; Clockwise-before-Thyme, a prehistoric Stone Age settlement where the future river Thyme was a stream of lava; and Clockwise-above-Thyme, a futuristic city built in the clouds, “high above the uninhabitable earth below.” 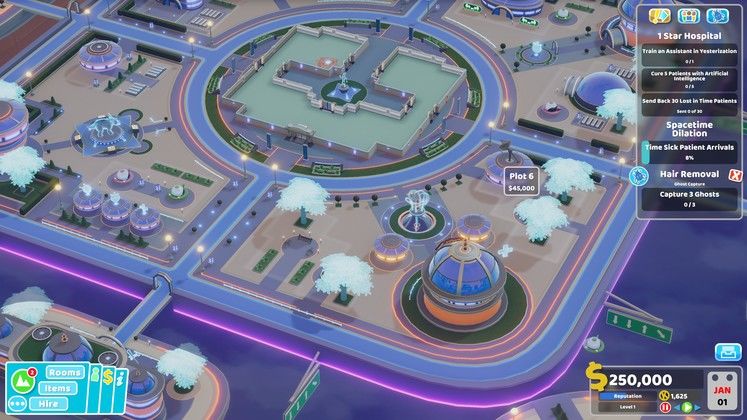 Each of the maps tends to feature a modifier, such as upon-Thyme’s very cold medieval rainy England climate or before-Thyme’s extremely hot rocky desert temperature, and they also bring some random events such as earthquakes or Time Storms, the latter of which spills multiple patients through Time Portals spread across the hospital.

Those aforementioned Time Portals are one of the DLC’s flagship features, but they are so inherently boring that it’s hard to be excited by them. Their sole purpose is to spill out sick patients, which often are from an anachronistic time period and therefore require a treatment different from the indigenous population. In terms of actual gameplay, that translates to zero interaction or consideration – it’s simply an extra source of patients, and one you can’t even control.

During the first map, you will have to deal with the existence of an indestructible Time Portal in every building lot you buy, which will both require you to manage an increased flux of patients as well as plan your whole hospital layout around these gigantic rocky fixtures. From the second map onward, you will be able to research and build your own Portals, giving you a placeable (and smaller) source of extra patients. 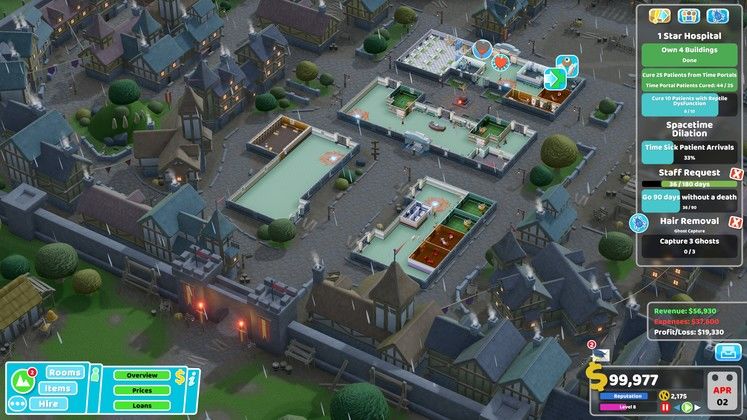 These out of time patients have very little going on for them, aside from minor clothing variations such as leopard tunics in prehistoric times or pretty outfits in the future. Perhaps more surprisingly, I was very disappointed by how very few references to Doctor Who, Back to the Future, Life on Mars, or any other big time travel themed pop culture icon there are in this DLC. Especially given how British the developers are, the lack of a TARDIS tucked in somewhere or the special visit of a random VIP in an overcoat named “the Doctor” is thoroughly disappointing.

Still, A Stitch in Time is a 2PH DLC through and through, bringing more of the same content available in the base game while somehow managing to not even remotely shake the boat. As always, the art team is always spot-on, but from a creative design perspective, the game has been in a deep slumber since 2018 that it has yet to wake up to. If you love Two Point Hospital and honestly can’t get enough of it, A Stitch in Time will leave you very, very satisfied.

A time travel-themed expansion that brings more of the same content while somehow managing to not even remotely shake the boat.

Getting to the future and unlocking all the time travel-related items and research. 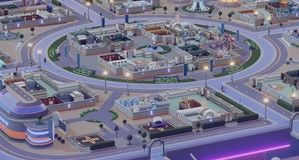