I wanna take you for a ride

It’s funny to think that Ultimate Marvel vs Capcom 3 is more relevant today than it was back in 2011 when it was first released. Marvel’s films were doing well at the time, though I don’t think anyone foresaw the incredible success of the Marvel Cinematic Universe movies at the box office. When UMvC3 launched, characters like Rocket Raccoon and Doctor Strange were far from known comic book characters for most people. The past six years have been great for the MCU, but what about UMvC3? There are a lot of questions as to whether this port can do the original game justice, and whether Marvel 3 has stood the test of time.

Featuring over fifty playable characters from both Marvel and Capcom’s catalogue of heroes, three versus three battles and a comeback mechanic that’ll drive some people insane, UMvC3 remains one of the craziest fighting games to date. You may have tried characters like Ryu and Akuma in their Street Fighter state, but in the Marvel vs Capcom series every move they have is overcharged. Ryu’s Shinkuu Hadouken is a decent combo ender in Street Fighter V. In UMvC3, this special move turns into a giant beam of energy as opposed to a standard fireball. Everything is bigger in the Marvel vs Capcom series, but does that necessarily mean it’s better? Well, yes. Obviously. 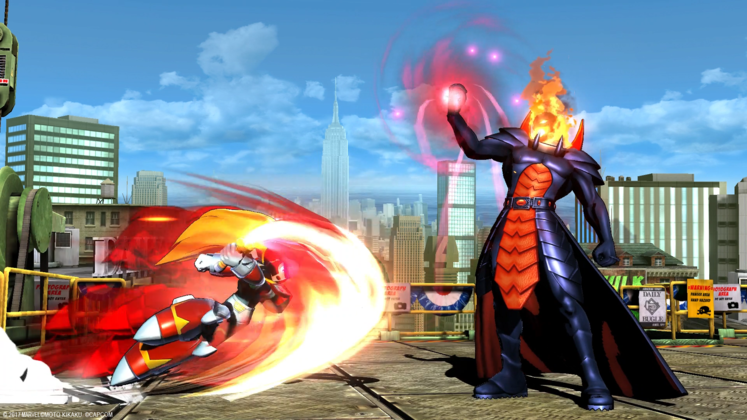 When assembling your team, you must consider which three characters to pick as well as their assist moves. With each character in the game having three different assists, choosing the right assist is crucial in defining the way your team plays. One player may decide to have their point (first) character be the damage dealer (selecting two combo-extending assists), whereas another player could decide to construct a keep-away team featuring projectile assists. It’s important to remember that there are thousands of team combinations available that can change the game entirely, these two examples are just a fraction of what is possible in UMvC3. Team composition is the reason why UMvC3 one of the most creative fighting games ever made. There are so many different play styles for characters, as well as numerous ways to perform stylish combos.

As I mentioned earlier, there are over fifty characters in the game. Now, in some video games you’d expect to see a large gap when it comes to viable characters. UMvC3 is different to most games, mainly down to the fact that the game’s mechanics mean everyone stands a chance. Each character in this game is powerful in their own right, each boasting a unique set of moves that should be capable of dealing decent damage individually. When you pair this with two assists, the damage can escalate to the point where you can perform touch-of-death combos. 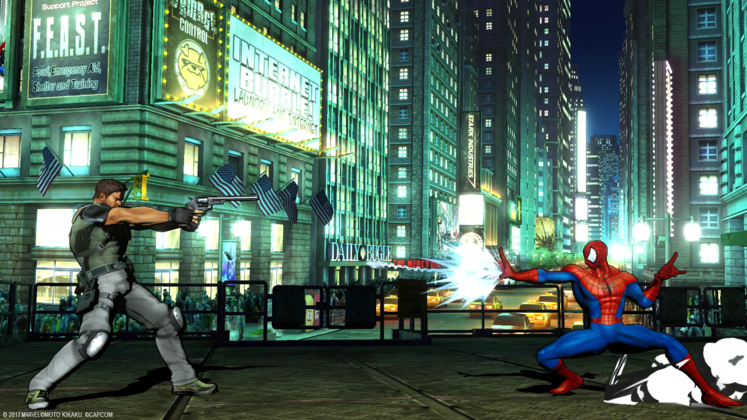 You’ve also got the Team Aerial Combo system whereby you can choose one of three options in the air, forcing your opponent to essentially play Rock, Paper, Scissors in the middle of your fight. This isn’t a great mechanic, in fact I wouldn’t even call it a good mechanic, but it’s part of what makes UMvC3 what it is. Low level play sees the TAC system reduced to a game of ‘spin the joystick and mash S’, but at a higher level you can use it to remove hyper meters from your opponent, or gain a hyper meter yourself. At the highest level of play, the TAC system is used primarily for infinite combos thanks to an exploit, but most people will never see this being used against them as the TAC infinites are very difficult.

In addition to the now broken TAC system, you’ve got X-Factor, one of the most ridiculous comeback mechanics in fighting game history. The idea behind X-Factor is simple: your characters get stronger depending on how many you have left. If you have one character left, this character will gain boosts to their attack and speed that make them powerful. You can only use X-Factor once per game, so the decision to activate it needs to be carefully considered. Most new players save X-Factor until they are down to their last character, and this is exactly why this mechanic is so silly. 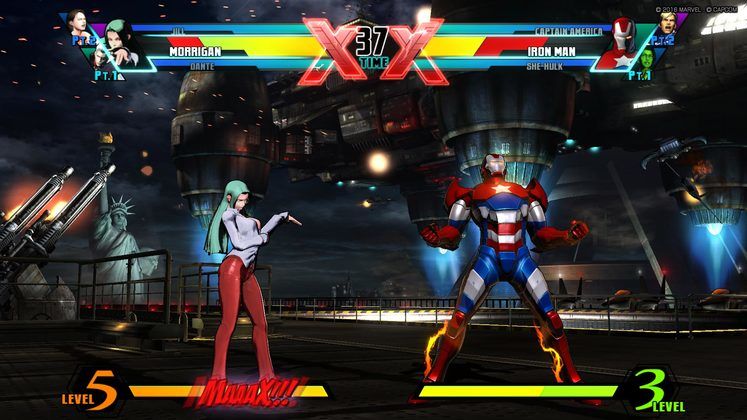 The boosts you gain from X-Factor are game-breaking, to the point where you can completely change the fight once you’ve activated it. Certain characters utilise X-Factor better than others, allowing infinite combos to be performed with the least amount of effort. Fortunately, the most amount of time a character can be in the X-Factor state is roughly twenty seconds. I love this mechanic as it encourages both players to think carefully about how they use it, but at the same time I completely understand why others hate it. X-Factor has the potential to bring a level of hype to fighting games that you simply don’t see with the likes of Street Fighter or Mortal Kombat.

Capcom’s port of UMvC3 is pretty much perfect on PC. The game runs perfectly on my computer, which is what I would expect from a six-year-old game. I was surprised to see that unlike the console versions of UMvC3, which are capped at 1080p, PC users have the option of running this game at an astounding 8K resolution (yes, you read that correctly). You aren’t restricted to using Xbox controllers as this port allows you to use practically any controller you have lying around. I’ve had no issues using a PS4 arcade stick alongside an Xbox 360 arcade stick, hell, even USB Saturn pads work with this game. The one issue that I have noticed is that there doesn’t appear to be an option to turn off your microphone. Players should be aware of this before fighting online because your opponent will be able to hear everything you say.

You can purchase UMvC3 from Steam for the budget price of £20/$25. There is no DLC for the game as it already comes bundled with it. Don’t expect any new or different characters in the bundled DLC, these additions are only costumes.

There has never been a fighting game like this one before, and judging by Marvel vs Capcom Infinite, there probably never will. This port of UMvC3 will not be remembered as simply the PC version of the game, it will go down as the definitive version. UMvC3 has stood the test of time and then some. Going back to the game after all this time makes me forget why I ever stopped playing it. Priced at £20/$25, it’s one of the best deals you can get for a fighting game of this calibre. With mods already appearing and the Marvel community appearing to be rejuvenated as a result of the re-release, there isn’t a better time to pick up this game.

Listening to my opponent brag about how good they are before I beat them in twenty seconds. That’s always fun.