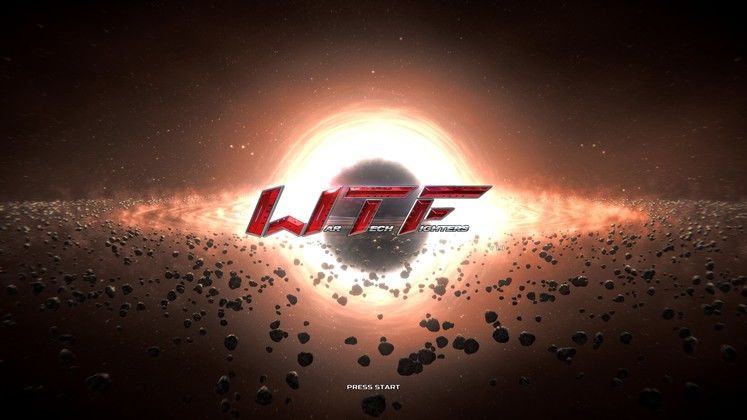 Giant robots fighting in space, much like flying dragons or spreading the glory of Rome, are often sure-fire concepts let down only by their execution. War Tech Fighters, a space action game that’s basically “Pacific Rim in space without monsters”, is such a title – very promising in concept, generally fun, but ultimately unable to achieve its full potential.

The plot of the game is set against the backdrop of a rebellion of colonies against the Zatros empire, involving multiple fighters, bombers, and frigates, and the eponymous War Techs: big flying robots equipped with all sorts of guns, missiles, and melee weapons. Upon starting the game, you get a choice of three different War Techs based around agility and health attributes in order to better suit your individual playstyle. 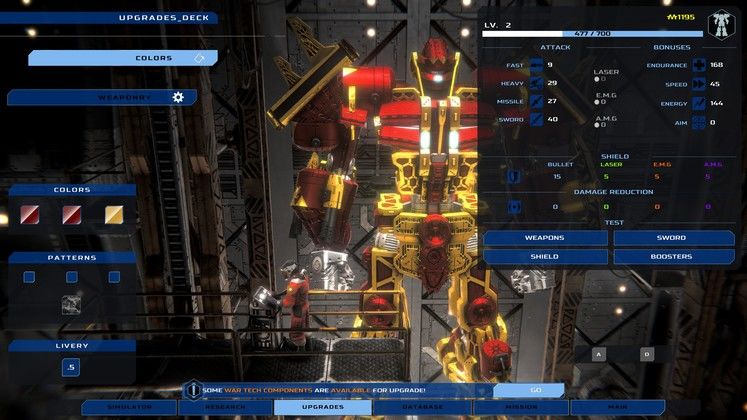 The core gameplay has you controlling a War Tech against waves of enemies, battling all sorts of ships and rival War Techs in a multitude of locations. The difficulty spikes throughout the game with no noticeable cause, and you can quickly go from steamrolling enemies to reloading the same fight dozens of times in a moment’s notice. It is jarring and more than a little off-putting, and the fact it already happens during the first mission couldn’t have caused a worst impression.

You are given freedom in all six degrees of movement, and the big robots are so agile and weightless they feel like your typical game protagonist. While “weightless in space” is often a given, this is not necessarily a good thing – games like Fallout 4 managed to effectively capture the feeling of walking in a robust suit of Power Armour, but WTF has virtually no feedback at all. Moving and shooting feels so hollow as to create a dissonance between the idea of controlling a giant robot and the reality experienced by the player, and I never really felt in control of a massive robot – a feeling definitely not helped by the inherent lack of scale present fighting in the void without any environmental reference aside from distant space phenomena. 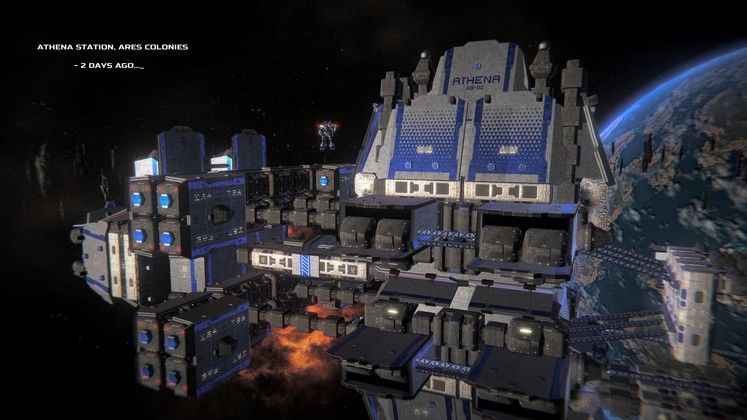 There’s an uncharacteristic duality to WTF – the game manages to be equal parts good and bad, polished and rough. The main base menu, from where you upgrade your fighter, research technologies, and launch missions, is quite good, offering a number of options reminiscent of Battletech or even XCOM. The battles, however, are somewhat simplistic affairs with weapons that are joyless to fire and lack any sort of meaningful feedback. It’s a type of stark contrast that permeates every facet of the game.

However, War Tech Fighter’s production values punch way above its weight. The opening cutscene elements and general aspirations are surprisingly compentent, and the option to play in first or third person mode honestly surprised me – that’s the kind of player freedom that’s been constantly been killed off by the influence of years of mediocre AAA designers, and I was sincerely happy to see it in WTF. 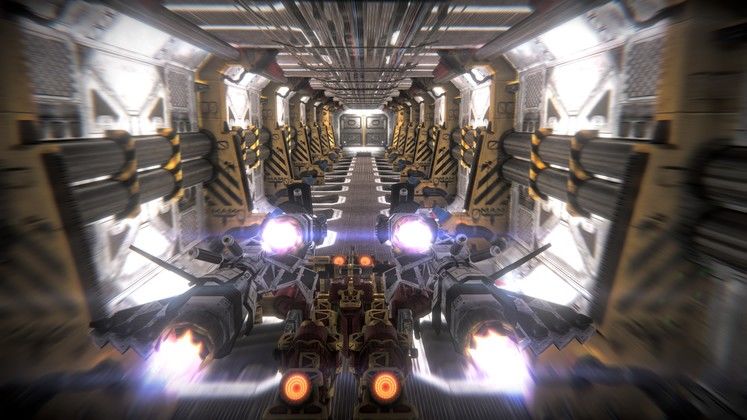 Graphics and audio design are equally disparate, with some breathtaking views of a black hole or a surprisingly well-detailed frigate standing out against a wave of unremarkable fighters or an odd space station here and there, while the music and voice acting ranges from industry standard to noticeably amateurish. The game’s presentation is serviceable, but it seems borne out of the Xbox 360 era as opposed to this modern age of 4K displays.

Overall, WTF is a capable fast-paced game clearly aimed at fans of East/Gundam-style robot fights than more Western/weighty robot realistic representations. The game has a serious problem with feedback that never really goes away, but it should provide enough meaningless fun for anyone who’s really interested in the subject matter.

A very promising concept let down by an unengaging execution.

Speeding off the hangar at the start of missions, and cutting a frigate in half for the first time with my robo-sword