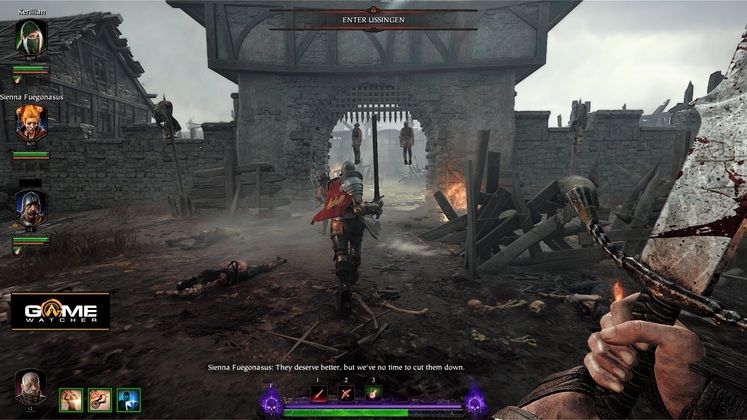 The scheming ratmen Skaven have joined forces with the corrupted human Chaos worshippers of the Norscan tribes, and together they launched an attack against the Empire. Through the use of a portal called the Skittergate, they are transporting their troops from far-flung lands straight into the heart of human civilization.

It’s up to you, as one of five distinct heroes, to stop them. Through a series of missions that take place in and around the fortress town of Helmgart, you must track down the Skittergate and shut down it’s warpstone magic once and for all. 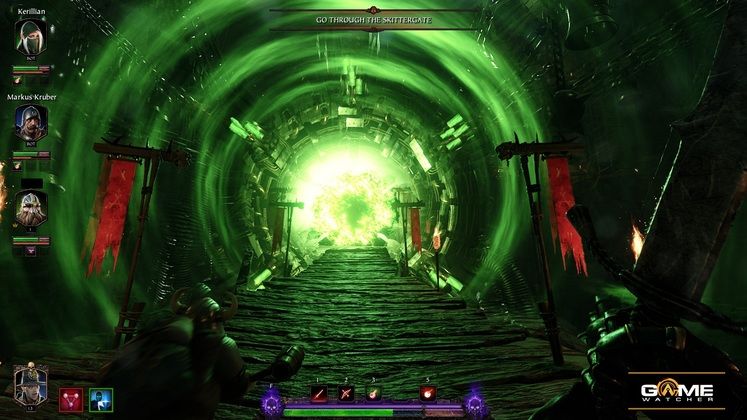 That’s the whole plot of Warhammer: Vermintide 2, a four player coop first person hack’n’slash featuring hordes of enemies and a very satisfying combat system. Each of the five unique heroes – a knight, an archer, a dwarf, an inquisitor, and a mage – possess three distinct subclasses, and they all present a unique and satisfying playstyle.

While characters have proficiencies and unique weapon types, the game smartly allow variations of most weapons to be equipped by different classes – each has unique stats and special abilities but mostly share the same arsenal, allowing players to customise all heroes to their own preferred playstyle. 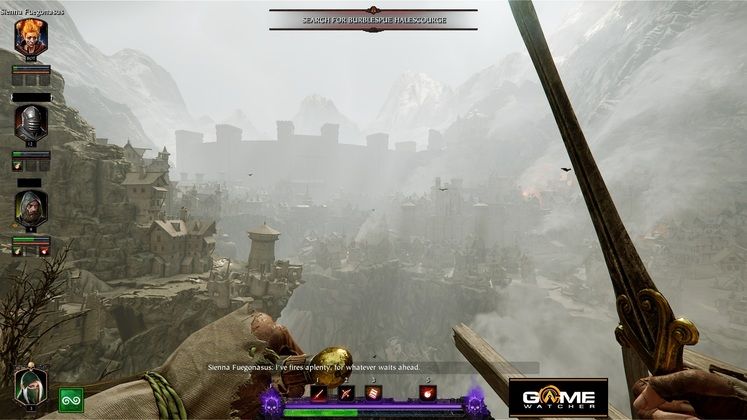 That’s especially important because Vermintide 2’s main strength is it’s combat – from a rapier to a flair to an axe to a two-handed sword, every single melee weapon in Vermintide 2 is crazily satisfying. Hitting enemies cause them to stagger back and recoil from your attacks, breaking up their own offensives. Once they’re dead, they dynamically dismember according to where and how you hit them, and their corpses react to attacks even after they’re dead in a surprisingly satisfying manner.

Ranged weaponry is a bit less enjoyable, thanks in part to the slightly less developed feedback and the extremely scarce ammunition. Enemies don’t react to your shots as you would expect them to, lending to a very miserable feeling of going up against bullet sponges. Some weapons, like the Witch Hunter offhand pistol, require a couple of headshots or several body shots to kill even the lowliest rat on Recruit difficulty – a far cry from the two-three slashes it takes from a rapier. 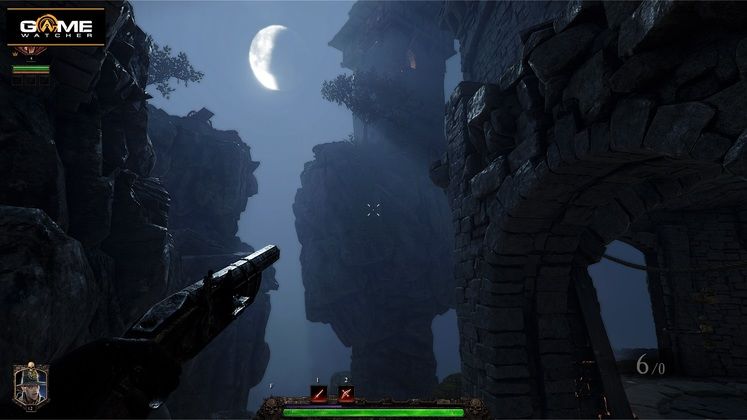 Thanks to the scarcity of ammo, the meaningless effect of ranged weapons feel especially deflating, but it is by no means a universal occurrence – the Waywatcher’s bow, for example, has thrice the ammunition of a pistol and can systematically one shot people regardless of where they’re hit. This huge disparity exemplifies Vermintide 2’s greatest flaw: balance.

Fatshark’s been struggling with balance ever since the early Betas, and the final product is somehow infuriatingly bad. From the constant respawn rate of grunts during boss battles to unblockable flurries of constant ranged attacks, Vermintide 2’s enemies and boss battles are capable of completely derailing a match through no fault of its players. All the careful interbalance and dueling mechanic created by facing enemies is thrown out the window against specials and bosses, instead becoming an annoying and punishing button masher with zero rhythm. 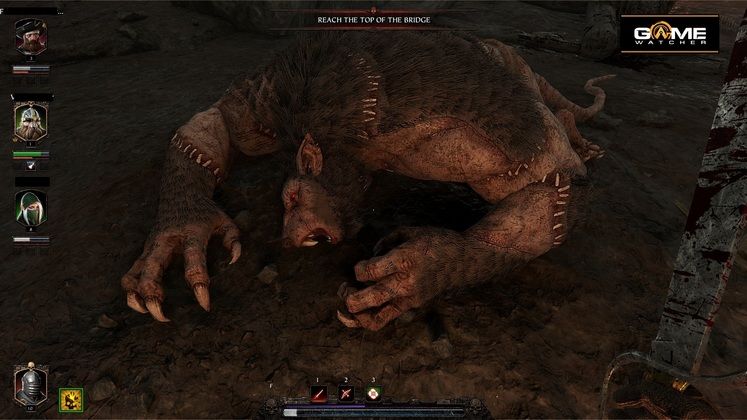 Some mid-level bosses, like the Chaos Spawn, have a terrible mix of strong and fast attacks that are either unblockable, undodgeable, or both, requiring a mix of timing and mostly luck to chance not getting damaged. Proper main bosses, like the one in the final level or a fat wizard midway through the campaign, have a huge health pool and constantly spam you with ranged attacks that both deal a lot of damage and prevent you from resurrecting fallen teammates. In addition, they often are accompanied by a non-stop stream of grunts that attack you from behind and completely break any flow the battle may have.

Vermintide 2’s bad balance made me drop the game more times than I can count, and I only kept coming back thanks to its frankly great combat. The balance bumps are egregiously bad – you can be breezing through a whole level in one moment, and then suddenly be wiped out by a single enemy. Mission design makes the issue even more pronounced, as the lack of checkpoints means that you constantly lose an hour of progress with zero reward when your team gets wiped. 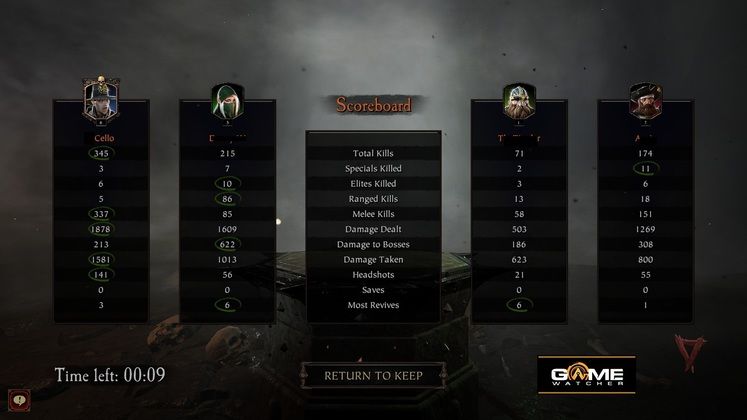 The lack of reward is Vermintide 2’s second biggest flaw, and a direct heritage from the first game in the franchise – you are given a meagre loot box at level up and at the completion of a mission, and that’s it. No extra loot boxes regardless of performance, no consolation for losing an hour of your life, no nothing – just a very paltry loot box that carries three items and must be opened through a obnoxiously pointless process in the game’s hub.

Technically, the game runs quite well and without any noticeable bugs. Graphics are great, level design is amazing, and sound is quite good. Like Vermintide 1, the voice actors and dialogue are far better than the average, and help carry the otherwise hollow and empty plot. 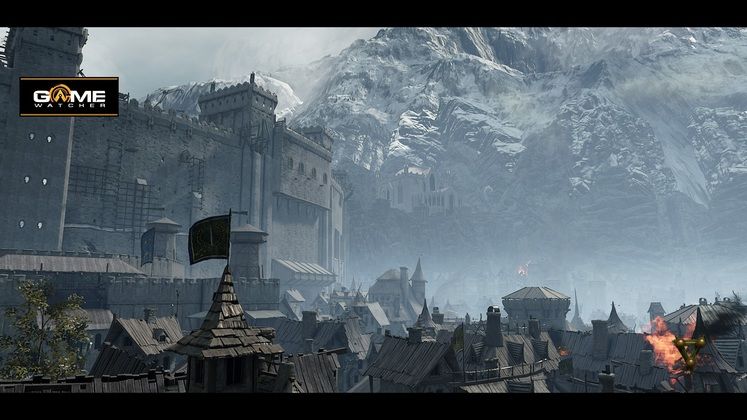 In the end, Warhammer: Vermintide 2 is a great coop title with a long uphill battle to solve. It’s combat is fun, but it’s mission payouts are extremely unsatisfying. Losing a mission in Vermintide 2 utterly kills the mood and is downright frustrating, and that’s something Fatshark needs to address – when you lose a mission in Left 4 Dead or Payday, people don’t get disheartened, but in this game, it is soul-crushing. Vermintide 2 is a fantastic game and a major improvement over its predecessor, but it is currently too punishing and unbalanced to remain fun for more than a few hours.