We Are the Dwarves

We Are the Dwarves Review

Nothing will drive me crazier than that improperly capitalized “the.”

I’m not sure I’ve ever played a game that felt quite as angry with me as We Are The Dwarves. This semi-real time strategy game would take any chance it could to violently push back against my every move, brutally punishing even the slightest of missteps. We’ve seen a modern resurgence of really tough games, but I haven’t been this wall punchingly mad at a game in years. Are there interesting mechanics under all this frustration? Yeah, absolutely. Are they enough to make the challenge worth enduring? Well, read on.

We Are The Dwarves

Nothing will drive me crazier than that improperly capitalized “the.”

The game puts you in control of three Dwarven explorers stranded on an alien world, each of which has his own unique abilities that can be upgraded with gems found around the levels. Forcer has a powerful shotgun that can knock enemies back, along with area-of-effect abilities and a quick distraction tool. Smashfist is the barbarian of the group, with dual handaxes and a quickly-building rage meter that lets him unload on enemies. Shadow is the group’s stealth specialist, taking cover in bushes and quickly teleporting from hiding spot to hiding spot as he makes precise arrow shots from a distance.

You control these sturdy heroes through an RTS interface, allowing you to command each character either individually or as part of a group. At any point, you can tap the spacebar to slow things to a near-stop and carefully queue up each character’s next action. It’s essential to make use of the pause action, as enemies will move quickly to overwhelm you if you don’t properly manage your abilities. 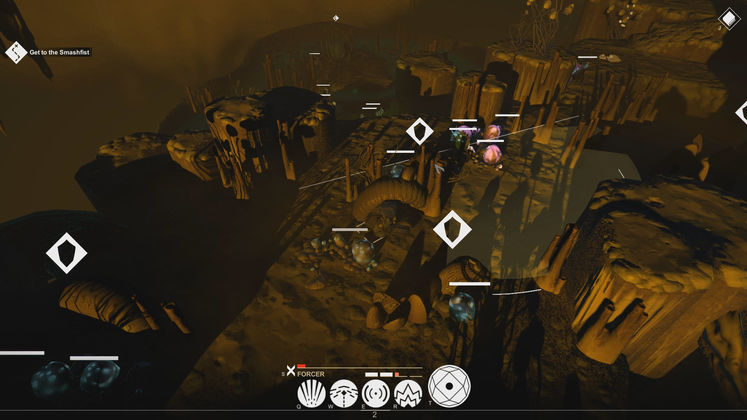 Keep your head down and hope you don’t get spotted. Or heard. Or tasted

Most often, avoiding a fight is the only way to survive, and stealth is essential in We Are The Dwarves. While you can upgrade each dwarf’s armor with a limited resource scattered around each level, being attacked by more than a handful of enemies will spell a speedy doom for your party. If an enemy spots you, you’ll be swarmed by an overwhelming force that will soon have you reloading your last save.

The problem is that it’s tough - almost impossible, in fact - to accurately gauge what will alert the bad guys and how they’ll react to hints of your presence. You can hover over an enemy to see their cone of vision, but I often found that their awareness penetrated solid walls in a way that the game didn’t really represent. And while their reactions can vary wildly, from mild curiosity to a full-on alert that sends dozens of their buddies after you, it’s never clear exactly what kind of reaction you’re going to get. Sometimes, you can isolate enemies and eliminate them without anyone being alerted to your presence. Other times, taking what seems to be exactly the same action will draw in enemies from all the way across the map.

Very difficult games are in vogue right now, but We Are The Dwarves fails to do the thing that keeps people coming back to other challenging titles - it doesn’t make your mistakes feel like learning experiences. When you die, there’s rarely a clear path to what you should do better next time. Progress usually feels like fumbling around until you discover exactly the solution that was intended, and that sort of regimented gameplay works against mechanics that are otherwise excellent. This is a game that would allow you to lure enemies to a cliffside with your melee character while you use your gunner to knock them to their doom with a powerful shotgun blast. It would allow you to do something fun like that, if there were more than a handful of locations where any kind of experimentation didn’t lead to your immediate doom. You’re often groping for what feels like an intended solution, leaving any feeling of improvisation, experimentation, or - dare I say it - fun behind. 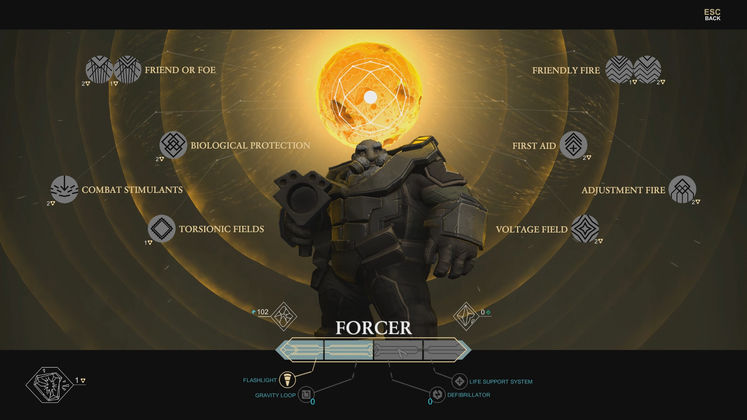 This is doubly true in levels where you control only a single character, which make up an unfortunately significant portion of the game. Here, more than anywhere else, I felt I often had to abuse mechanics to proceed. Sometimes I eventually found a reasonable solution. Other times, I had to back my little dwarf up to a healing stone and pound away at the bad guys while furiously restarting the heal. In one case, I found an opportunity to have two enemy mobs fight while I ran away, but it took about a dozen tries before the survivors didn’t come find me afterward halfway across the map.

There are also a few sections of the game that are just straight-up bad. There’s a zero-gravity segment where you fire a shotgun to direct your movement that goes on for far too long and is filled with random bits of debris that you can’t quickly navigate away from and will kill you in an instant. The boss battles are all acts of sheer frustration, adding new mechanics and random attack patterns that will take dozens of deaths for you to learn.

The game has an impressively detailed world and ecosystem, described by in-depth codex entries and brought to life with vivid art design. The sci-fi mysticism of the dwarves-in-space setting is fully detailed and creates a strong sense of place. The only knock to the aesthetics is the voice acting, which feels lethargic and slow-paced against the often desperate struggle of the story.

In the interests of full disclosure, here’s a little bit of inside baseball. The code we received for review didn’t contain the game’s two final levels, and unfortunately, the launch day patch that completed the game also had the side-effect of breaking earlier saves. That’s not something that will affect the end user, but it does mean that in order for this review to run in a timely fashion, it runs without knowing what happens in the game’s final chapters - or, in fact, anything beyond the twelfth of the game’s eighteen levels, as that was where I had progressed to when the update dropped. 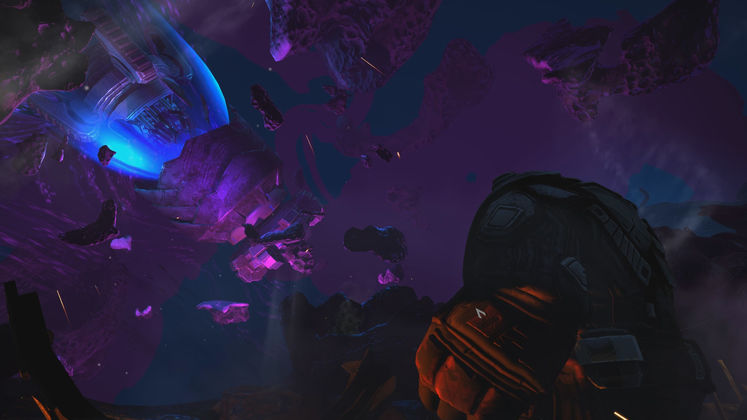 We Are The Dwarves’ greatest strength is its world design

But with that being said, I’m comfortable publishing this review saying that my time with We Are The Dwarves was immensely frustrating and was growing more frustrating with each level completed. It’s frustrating not just because of the difficulty, which is intentionally very great, but because the perfect execution required meant that I was never really playing and experimenting with these fully-featured mechanics, leaving me instead to guess over and over again at the “correct” solution to each encounter.

WE ARE THE DWARVES VERDICT

The core mechanics of We Are The Dwarves - the actions you can take and the strategies you can employ - are wonderful, well-considered, and fully featured. There’s a depth to the lore and world-building that you rarely see at this scale. But the level design is so constrictive and the difficulty so fierce that it’s a constant fight to have fun.

The first time your shotgun’s recoil knocks you off the stage. It’s a hilarious mistake that you can’t even be mad at.

We Are the Dwarves Essentials 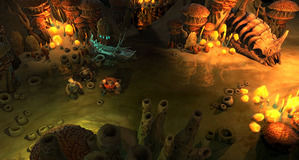