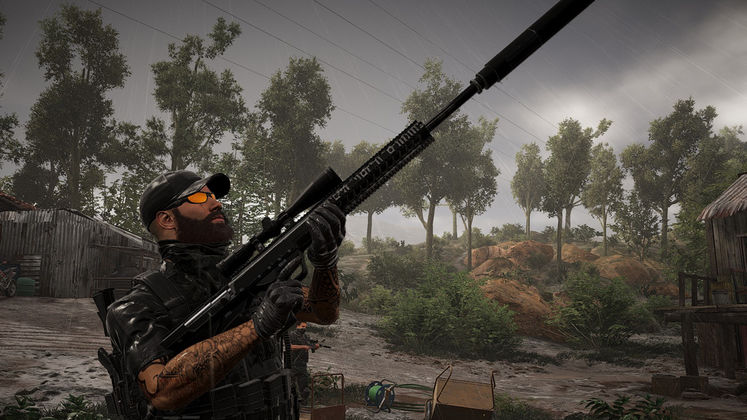 Spanning handguns, compact machine guns, shotguns, assault rifles, light machine guns, submachine guns and sniper rifles, there are countless combinations available for your loadout in Ghost Recon Wildlands. With many of these guns serving very specific functions you may find it a bit overwhelming to sift through all of them. Luckily we’ve got you covered and have handpicked the best guns in the game to get you started. It’s worth mentioning that you should still try out a number of weapons while looking for the perfect one as it is ultimately down to personal preference. With seven customisable features, you may even find that building your own gun is the best option. Anyway, let’s get started! 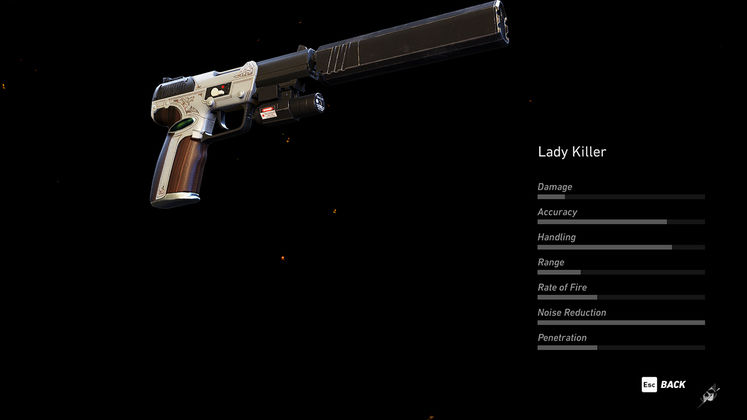 HOW TO FIND: Can only be acquired by defeating Antonio

We didn’t really use handguns that often when playing Wildlands as we found that we always had more than enough ammo for our rifles. That said, if we had to choose a handgun it would certainly be the Lady Killer. This Exotic weapon has a suppressor which is perfect for stealthy players and much like other available handguns, it will one-shot light-armoured enemies that are unaware of your presence. It may have low damage but silence comes at a price and with its ATPIAL Laser Sight and twenty bullet magazine, it’ll get the job done when there’s no other alternative. 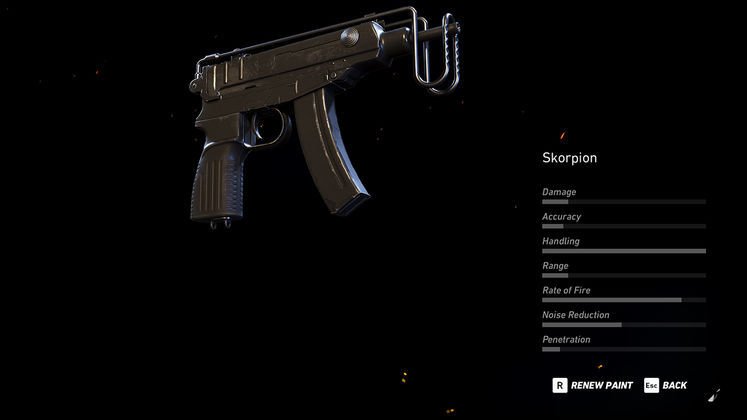 HOW TO FIND: Explore Remanzo

There are only four CMGs in Wildlands so its relatively slim pickings when it comes to choosing one of these. Despite the lack of choice, we think we’ve found a winner. This nifty little CMG has an excellent rate of fire and perfect handling. With a Full-Auto only trigger, you’ll be able to spray down enemies with ease and to be honest, that’s probably the only thing you’ll want to do with this gun as its accuracy is pretty low. The default version of this weapon has a Folded Buttstock which we recommend keeping as switching this out for an extended stock can negatively affect its already low accuracy. 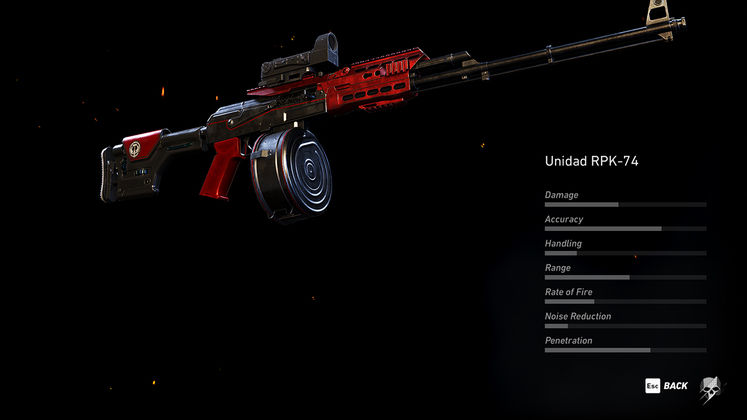 HOW TO FIND: Can only be acquired by purchasing the Ghost Pack: Unidad DLC

This is a great pick with high accuracy and reasonable range for an LMG. Equipped with a Russian Red Dot Scope and a larger magazine, this gun comes with the Ghost Pack: Unidad DLC that enables players to look just like the Unidad. Okay, so the DLC may be $7.55 but for a gun this sweet, it may just be worth it… or not. Most of the LMGs in Wildlands are rendered mostly useless due to the power of the assault rifles. The Unidad RPK-74 may be our favourite LMG, but it certainly is not our favourite gun in the game. On the plus side, the Unidad PRK-74 does have a beautiful paint job, simply to die for. 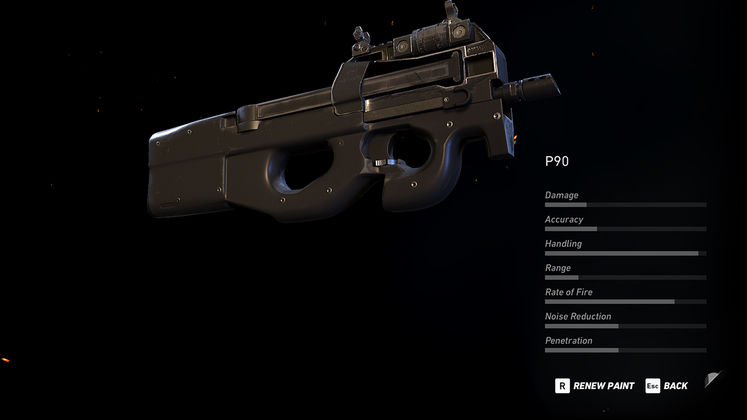 HOW TO FIND: Explore La Cruz or unlock in the store

This classic weapon is a no brainer. With near-perfect handling and an excellent rate of fire, the P90 is the best choice for players that enjoy a run-and-gun approach. Its magazine holds a whopping fifty bullets so you’ll have peace of mind when rushing down groups of enemies at close range. Don’t expect flawless headshots with this gun as that’s not what its built for, but if you’re in a tight spot and need to get away quickly, the P90 will get you out of trouble. 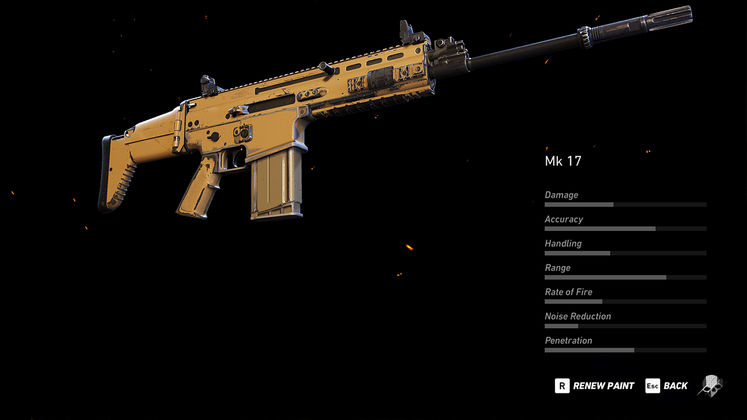 HOW TO FIND: Explore the Flor de Oro Province or unlock in the store

The MK17 is one of the best guns in the entire game and takes the top spot as our favourite assault rifle. This gun is the reason why so many Wildlands players are worried about the weapon balancing before the PvP expansion arrives. Whether you’re up close and personal or shooting at a distance, the MK17 can do it all with ease. We found ourselves never needing to switch to another gun as the MK17 could do it all, and as a result, it soon became our go-to weapon. 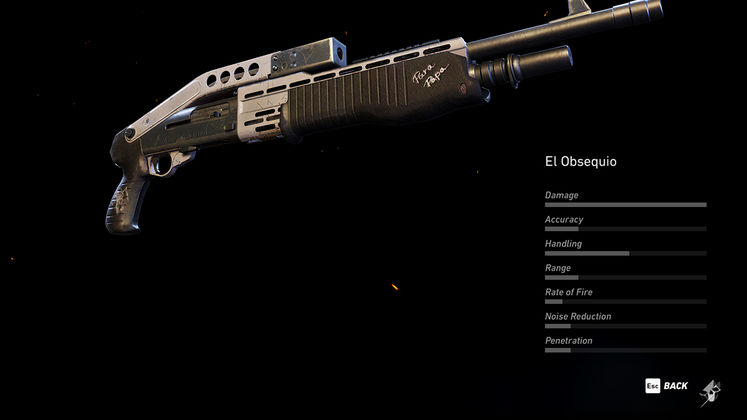 HOW TO FIND: Defeat El Pulpo

El Obsequio may sound villainous but when translated it simply means ‘the gift’. This Exotic shotgun deals maximum damage and has decent handling, making it a good choice if you’re right in front of the enemy. Its penetration is quite poor but when you’re equipped with five rounds that will do this much damage, we think it’s safe to say that you will be the only person leaving the firefight alive… sort of. Just like our Light Machine Gun pick, the Shotgun finds itself in an awkward position. Despite being effective at close ranges, even the mighty El Obsequio is no match for an all-rounder like the MK17 assault rifle. 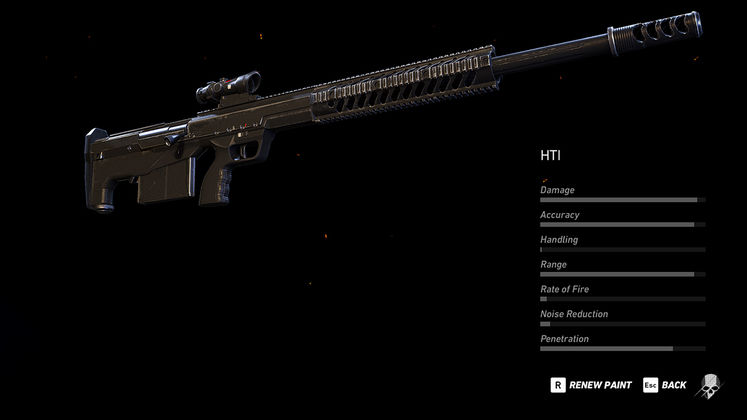 HOW TO FIND: Explore Montuyoc or unlock in the store

This sniper rifle hits hard and seeing that you can take down a helicopter in a single shot (unsuppressed), you should know that this rifle means business. We primarily used the HTI to take out troublesome vehicles due to its poor rate of fire and handling. When using this weapon unsuppressed you’ll also have to endure an ear-splitting crack whenever a shot is fired. It only has five bullets in its magazine so you’ll want to ensure that you’re in a safe spot before firing it. Personally, we quite like this sound but if you’re even remotely near an enemy this will give away your position in seconds.

We hope that you now feel more comfortable when venturing into the wildlands of Bolivia. Again, we need to remind you that our choices are simply our preferences. The guns that we have selected are not objectively the best weapons in the game, you may find that they don’t suit your playstyle. In addition to this, some weapons are situational and may be better suited to specific missions. If your favourite weapon happens to be an LMG or Shotgun, don’t let this guide deter you from using it! Let us know in the comment section below what your favourite gun is and why.