Your Burning Questions About Playstation Now on PC

The impossible has happened, and Playstation Now is available on PC. This means that the entire Playstation Now library of games, basically every decent PS3 game and many excellent PS2 games, is now playable on PC.

This is awesome news, but it seems a scary prospect to go into blind. They haven’t just dumped an Uncharted port on Steam, Sony are specifically giving PC gamers access to the Playstation Now subscriber-based streaming program, and that’s a big deal to take on faith with a company who until this very instant didn’t even acknowledge our platform existed.

Fortunately your pals at GameWatcher are here to help! We’ve considered every possible question a newbie to PS Now might need to know before taking the plunge, and our own consolephobe Chris Capel has been using the service on PC since it started for the free trial and beyond into a full subscription, and is ready to answer all those questions.

Welcome to 17 Burning Questions about Playstation Now on PC! 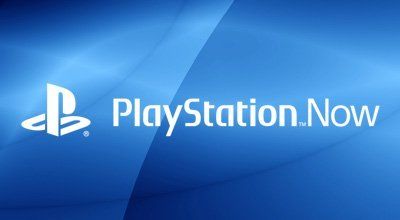 So what is Playstation Now?

It’s basically a Sony-run Netflix for Playstation games. Every game on the service is streamed, all your saves and trophies are on a Cloud, there is no physical media and beyond the Now program itself nothing is installed on your hard drive. It’s a neat idea certainly.

Do I need a Playstation console to use it?

No. You’ll need a free PSN account which you can sign up to here, but you do not need a PS3 or PS4 to use Now.

What do I need to run it?

The minimum spec is a 1.33 GHz Quad Core Intel Atom, Windows 7, 2 GB RAM, an Intel HD Graphics 3000 and 300 MB storage space. And a controller. You can use mouse and keyboard in the menus but I’d advise a gamepad for the games. If that seems like nothing you’d be right, remember the games are not running on your own PC so the only thing that matters is internet speed. To that end Sony recommend a 5 Mbps internet connection as minimum, and they’ll do a check to make sure your connection can handle Now. 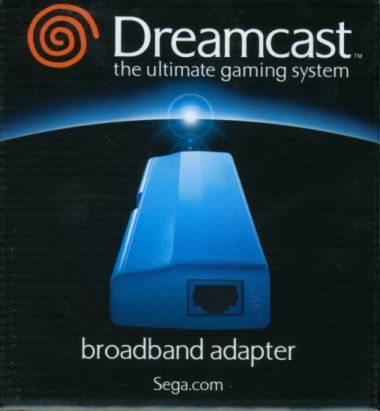 So, what are you running it on?

I’ve got my trusty AMD-FX 6300 Six-Core Processor, 16 Gb RAM, Nvidia GTX 960 4Gb, and Windows 10 64-Bit. My internet provider is PlusNet and I’ve got their ultra fast Fibre Broadband package with download speeds of up to 75 Mbps. So pretty good, although it still struggles on stuff like “browsing the internet”.

How does it run for you? Get any lag?

Absolutely zero lag and every game I have tried has run perfectly, it’s as good as if I was just playing on a PS3. I don’t know how well it does with less powerful connections and it’s all reliant on internet speed, but apart from some freezing on the PS Now menu when using a mouse outside of games I’ve had zero problems with the service.

What controller is best to use it with?

Obviously Sony’s Dual Shock controller will be best, either PS3 or PS4 pads, as long as you can get motion control enabled with it which isn’t a guarantee on PC. You may need to shell out for the dongle Sony are releasing soon. 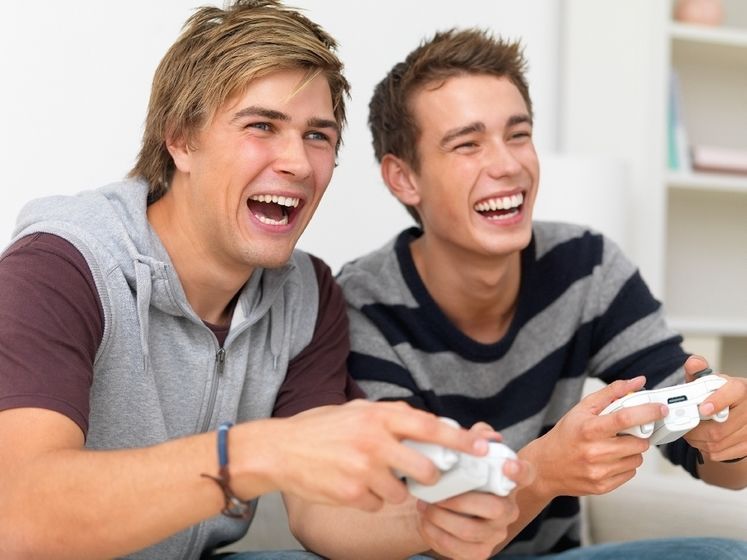 Do Xbox 360 or Xbox One controllers work?

Yes! I myself am using a wired unofficial Xbox 360 controller and it works perfectly. You’ll obviously have to mentally picture which buttons apply to a PS pad (‘A’ is ‘X’ for starters) but otherwise things are superb. The only bug is the lack of motion controls which makes some moments trickier than they should be, like balancing on logs in Uncharted, but I got through everything with them.

What about a [INSERT GENERIC CONTROLLER NAME] gamepad?

As long as your gamepad works with XInput (i.e. can pretend to be a 360 pad) it’ll work with PS Now.

How does the app itself work?

Simple really, although it could be better organized. You download the app, you run it, you log in to your account, you choose a trial or to setup a subscription, and then you can browse through the slightly oddly laid out list of games and play whatever you choose. Or you can browse before starting a trial and setup a Wish List of games first. 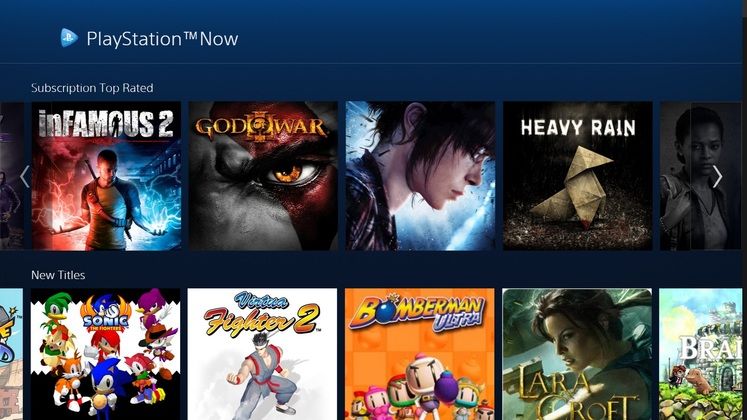 Yes, even Sonic The Fighters is available!

How much does it cost?

£12.99 a month, and you can pay with prepaid Playstation Network Cards if you have credit in your account or can find them cheaper.

That’s up to you. Did I mention that this includes over 300 games, with more being added monthly (Ninja Gaiden 3 just came out for example), which you can play immediately and includes pretty much every previously Sony exclusive game from the PS3 era on PC for the first time? And if you just want to play the Uncharted series you can do them all in a month then cancel your subscription.

What are the best games available?

Handily our own Chris Hodgkinson has compiled a feature on the best PS Now games which you can find by clicking here. Check that out for further details. 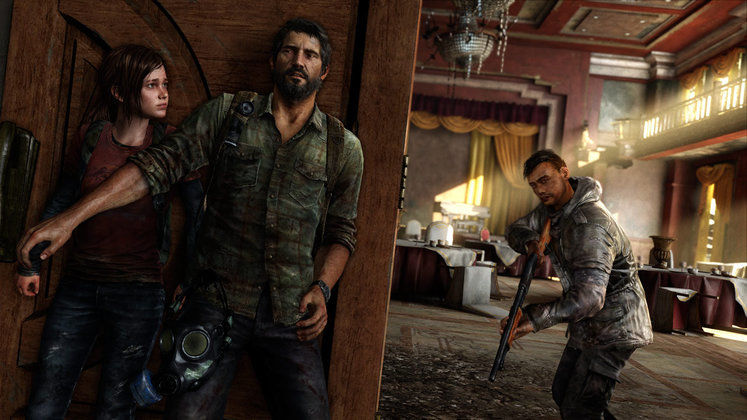 Can't wait to start this.

Where can I find the full list of games available?

Hey, it’s one of the few major Sonic games not previously ported to PC, so that’s a big deal! Don’t judge me. 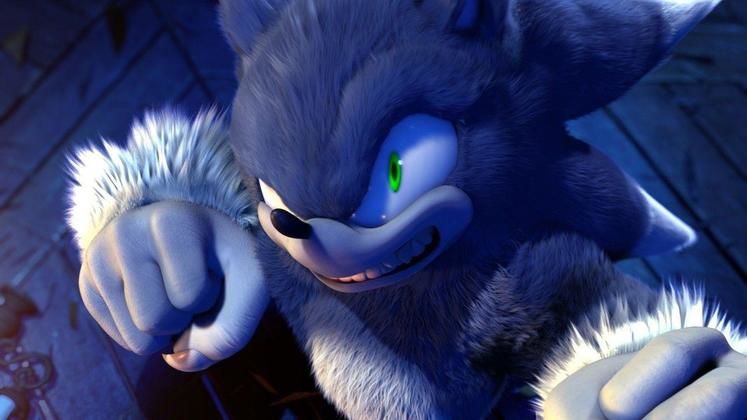 Yes, the one with this guy in it. No, not the one where Sonic dates a human girl.

Is the DLC available?

Depends, you’ll have to check the list. Yes in the case of The Last of Us: Left Behind and Infamous: Festival of Blood, but sadly no in the case of Batman: Arkham Asylum’s really annoyingly PS3-exclusive Joker Challenge Maps. You can’t buy or download any extra DLC though.

Can I play multiplayer?

Yes, multiplayer is totally available although I’m not sure how it works – are you just playing with PS Now users on PC, or all PS Now users, or over all PSN? There certainly wasn’t many people playing Borderlands, I can tell you that.

I’m still not sure. Can I test it first?

Absolutely, yes. There’s a 7 Day Free Trial that you can activate instead of a subscription that’ll tell you everything that I haven’t done so already. Which isn’t much after all that. 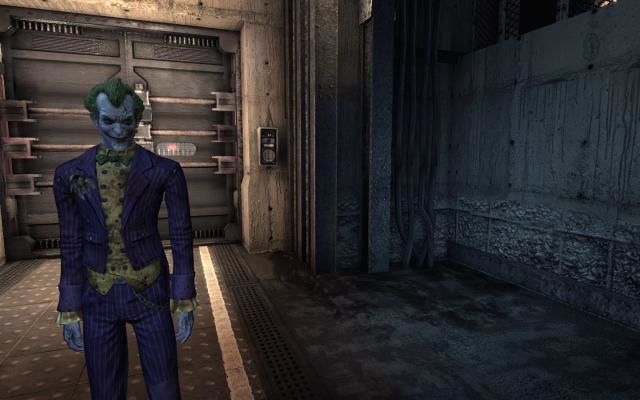 No, you still can't play as this guy.

Feel suitably informed now? If there’s any other burning questions that you don’t want to waste your free trial on to answer, just ask in the comments below!