Afterfall: Insanity only $1 if 1M preorders are hit

Nicolas Games has issued a challenge on the official site: gamers can preorder the PC version of Afterfall: Insanity for $1, and if there are a million $1 deposit pre-orders of the game, they'll get the game for just that $1 deposit.

Should gamers fail to reach 1M preorders, all of the $1 deposits go to charity. The game will normally cost $33.90.

Publisher Nicolas Games has announced that its third person shooter survival horror game, Afterfall: InSanity will be released on PC this coming November. The game is developed by Nicolas Intoxicate, and will be using the Unreal 3 engine as players shoot mercs, mutants, and other nasty creatures. 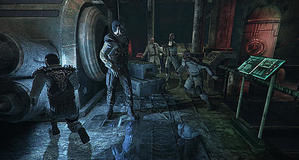