Daedalic Entertainment, the German developer seemingly responsible for just about every single adventure game released these days, has announced Anna's Quest, a darkly comic point and click tale that's coming to PC in 2015.

The teams describe it as "a fable-driven, black comedy 'point and click' adventure game that's inspired by The Brothers Grimm & Hans Christian Andersen... with a sci-fi twist!" 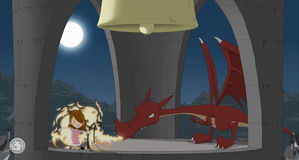