Accessibility and aesthetics? Nope. The only thing here is gods and strategy and dragons and stuff!

Illwinter has announced that the latest edition of their long-running god game, Dominions 4: Thrones of Ascension, is now available for Windows, Mac and Linux on Steam. New features included with Dominions 4 include the addition of capture objectives, co-op mode, new units, new spells, and more gods to challenge the player's domain.

Indie developer Illwinter has announced that Dominions 4: Thrones of Ascension is in development, the next in the "hardcore" 4X strategy series that began in 2002. 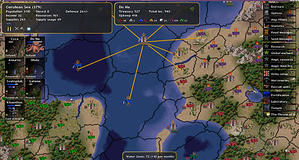