The latest expansion to Paradox's Europa Universalis III is Divine Wind and it's their first title to include "Paradox Connect achievements" for gameplay.

These will "truly enrich" the experience say Paradox, giving fans extra goals and feats, and "strengthen the community". Achievements are just cosmetic. 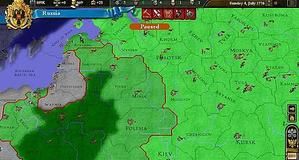