FIFA 16 is the next game for the Origin Access Vault

It seems that everybody’s emulating Sony’s Playstation Plus model these days, and EA’s Origin Access brought the idea of an instant game collection to PC earlier this year. A very recent title will be hitting the service soon.

If there's any evidence that eSports gaming is becoming more mainstream, a professional football club has signed an eSports FIFA player - 22 year old David Bytheway - to be one of its eSports gaming representatives.

Bytheway, who started playing Electronic Arts' Football game professionally when he was 17, had represented the UK in FIFA Interactive World Cup championships in Las Vegas, New York and Rio de Janeiro. Now, he will represent VfL Wolfsburg in Germany.

Pirated video games have been around for a very long time. Regardless of developers' efforts to safeguard their properties and make sure customers are buying their games legally, there have always been ways around whatever systems have been set-up to safeguard video games. That may be changing though thanks to anti-tamper technology, Denuvo.

It looks like FIFA 16 could be his last though, as the superstar's contract with EA Sports is coming to an end, and there's reports from French newspaper L'Equip suggesting that he's unlikely to sign a new contract.

In a growing market of esports competition, sponsorship, and publicity, EA has finally decided to open a new division specifically dedicated to their own competitive community markets. The company has just opened the Competitive Gaming Division with Chief Operating Officer Peter Moore being given the helm of the division. 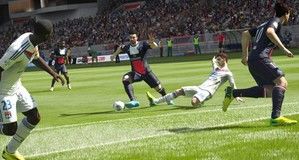