Sony Online Entertainment has revealed the massively multiplayer titles they plan to highlight at E3 2012. Some of them are older MMOs which are receiving new updates, while others are new games that will be released this year.

Sony Online Entertainment says it will be "at least a few more days" before their MMOs begin turning back on again after the hack, which is better than *shrug*.

Aside from the free 30 days subscription plus one day for everyday SOE remains offline, the company has outlined specific game goodies as a 'sorry' to users.

The PlayStation Network maybe leaking an ocean of digital identities to some nefarious group but Sony Online Entertainment's "databases are separate" and safe.

DC Universe Online, Free Realms and other SOE users can breathe easy as no customer data "got out to any unauthorized person", or to their knowledge anyway. 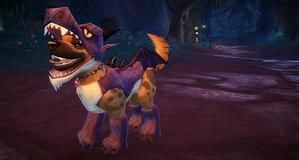