Generation Zero lets you specialize your character through skill points earned each time you level up. But what is the highest level you can reach?

Generation Zero Challenges - What Are the Requirements and Rewards?

These are all the requirements and rewards attached to the Generation Zero Challenges introduced in the game's September update.

The Generation Zero September update is now live, its patch notes revealing the addition of of challenges, a vanity pack and several bug fixes.

Generation Zero's April Update is now live, bringing with it a massive host of changes that target bugs and issues affecting the general gameplay experience.

The first major Generation Zero patch is scheduled to drop next week, bringing a host of fixes and improvements and making opponents more challenging. 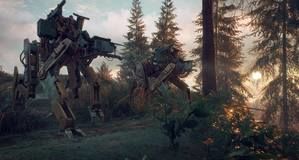