Would the real Monster Hunter please stand up?

Gamers in the West who prefer to have their JRPGs have the voice acting in the original Japanese with English subtitles, that won't be available in the Western releases of God Eater: Resurrection and God Eater 2: Rage Burst. This odd decision was revealed in an interview with producer Yusuke Tomizawa and director Hiroshi Yoshimura.

Bandai Namco recently opened up a countdown timer on a website with the hashtag #MysteriousGame, which led us to believe an announcement was about to be made about a new game. The publisher has revealed today that it isn't a new game, but remakes for God Eater: Resurrection and God Eater: Rage Burst 2. Both are coming to the PC.

Bandai Namco counting down to "mysterious game", asking "can you feel the hunger?" 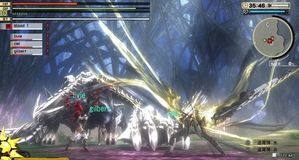