Since the birth of air guitar players, people have dreamed of playing the guitar and doing amazing things on it without the lifetime of practice.

There were other elements that "didn't make it conducive" to the rise of digital. Consumers "still have a lot of love" for Guitar Hero - lessons must be applied.

NPD figures reveal that Neversoft's Guitar Hero III: Legends of Rock is truly a legend in US videogame retail history as it holds the highest gross.

Activision began "spinning a web of lies" to conceal the fact Slash and Velvet Revolver was to be a major feature in the game, alleges Axel Rose lawyers. 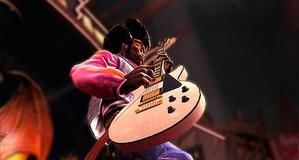