Halo 3 will be the fourth game from the Master Chief Collection that's playable on PC starting with next week.

Xbox boss Phil Spencer reiterated his desire in an interview with the Brazilian branch of Gizmodo that at some point, he'd like to see Xbox 360 games playable on Windows 10, but there are priorities. 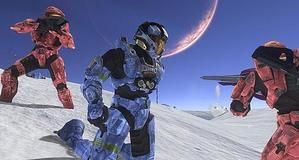