Just Cause 3’s final DLC gives you a rocket boat and lightning gun, and it’s out tomorrow

Each piece of Just Cause 3’s DLC is best summed up with the new toys it gives you. Sky Fortress gave you a jetpack that turns Rico into a human jet fighter. Mech Land Assault gave you a big military robot. And now, Bavarium Sea Heist is giving you an artillery-equipped boat and a gun that shoots lightning. It’s a shame that the DLC plan is wrapping up before we started getting UFOs and dubstep guns.

In a game where you can glide around an island blowing up bridges just to see cars fall into the sea, you have to question what else the developers can add to make doing that job a lot easier. You already have access to helicopters, tanks and explosives, but you don’t have a gravity-gun wielding mech, at least you didn’t until this week. Avalanche Studios have introduced Mech Land Assault to Just Cause 3, finally giving players another option to destroy everything in sight.

Here’s what Tobias Andersson, Senior Producer at Avalanche Studios had to say about the new mechs: "The new Mechs allow Rico to throw enemies, vehicles, and chaos objects around like tennis balls—increasing the scope for physics-based fun. Whether you're juggling a small car or punching helicopters out of the sky, the Mechs give you the opportunity to mess with your surroundings in creative, explosive ways."

The first bit of DLC for Square’s big explode-em-up Just Cause 3 is dropping next week, which I will remind you contains a wingsuit that turns Rico into a human jet fighter. Naturally, there’s a patch dropping in advance of that release, and it sounds like it contains some updates that everybody has been wanting.

Let’s be real here--we all need a little senseless destruction in our virtual lives. The advances in narrative design we’ve had over the years have been absolutely wonderful, but every now and then, I still need a game where I can blow stuff up in the most ridiculous way. Thankfully, Just Cause is here to fill that need, and it looks like it’s getting even sillier with its upcoming DLC. 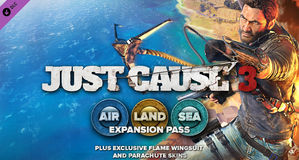 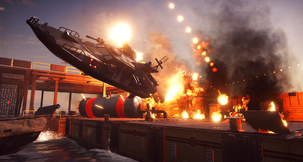 Just Cause 3’s final DLC gives you a rocket... 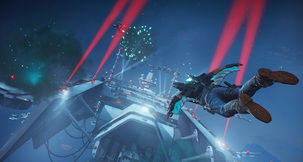