The Legend of Zelda goes to battle in a Medieval II: Total War mod

See Nintendo's The Legend of Zelda universe as you've never seen it before, as Parallel Process has released the 3.01 version of their Medieval: Total War 2 mod Hyrule: Total War.

As the team at SEGA Studios Australia begins the transition from London 2012 to their next project, about 37 developers have been made redundant. The studio isn't closing down however.

SSA has inked a "multi-product deal" for games to be released digitally. They have already "commenced development" on these new titles with announcements "in the near future." 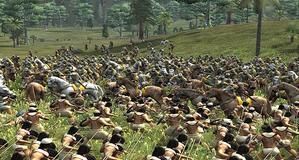