Turn-based strategy Moonbase Commander has been given a new lease of life as Rebellion publishes the 2002 strategy title on Steam, bringing Humongous Entertainment's original to new fans.

Moonbase Commander was one of Rebellion's "first priorities" in the Atari auction, as the studio explore the "real renaissance" in turn-based strategy. It's out for £4.99/$5.99. 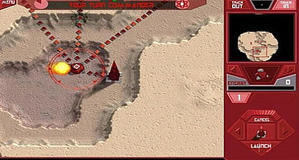