For those of us who haven’t played its predecessor, Patrician III is a game where you take on the role of one of the late middle age’s trade Patricians.

Publisher Kalypso Media and online game portal gamigo have unveiled Patrician Online, where fans can play for free through their browser.

It is scheduled to launch next year and is Kalypso's first browser game, with more planned from their "outstanding partnership" with gamigo. 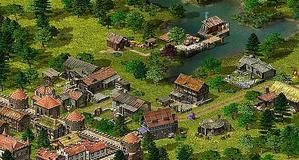