Be prepared to tear your enemies to shreds.

Dark Horse Comics has teamed up with developer Radical Entertainment to release a three issue digital comic book series this February that will bridge Prototype with Prototype 2.

Prototype "completely different" from inFamous, 'space for both'

Prototype offers "something completely different" from Infamous, says Radical's Matt Armstrong. They've taken stock of "all the feedback" from fans.

Activision has updated their MurderYourMaker.com teaser site for the Spike Video Game Awards with a short trailer featuring the original Prototype.

Three zombie/infected VGA images appeared as teasers and they were all found out to be linked to this Activision site. Prototype 2's reveal almost here. 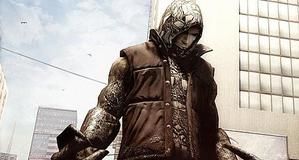