Rising Storm from Tripwire Interactive takes Red Orchestra's bullet ridden battlefields to the far-east as we wage war on a new front.

Tripwire Interactive has announced today that Red Orchestra 2: Rising Storm will launch exclusively for the PC on 30th May via Steam.

If you pre-order today you'll receive a 15% discount, but you'll have to be quick because the discount won't be valid once the game launches tomorrow. 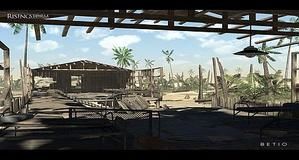