THQ auctioned off its properties during its bankruptcy, and now Atari will be doing the same, as it tries to raise $22M to recoup some of its losses. 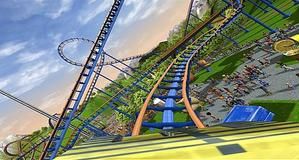