GOG.com gets zoning permit for SimCity 4, "crowning achievement" of the series

SimCity 4 has a new home on GOG.com as the Deluxe Edition battles rush hour to deliver the original game and its expansion in one super Mayoral package. It's entirely DRM-free as we'd expect.

For the first 72 hours you can build your dream metropolis for just $4.99 before eventually going up to its regular tax rate of $19.99. Don't forget the Network Addon Mod.

A city built how you want it without arbitrary tech requirements or the demand to log into a server? Madness. Indie developer Luke Hodorowicz has created Banished, a medieval-style sandbox to play in.

Maps are randomly generated and its from here we act as the "collective consciousness" of the town, striving to make it prosper - we're no God or Mayor. Townspeople are our resource.

SimCity multiplayer "built from the ground up"

SimCity is to feature multiplayer which has been "built from the ground up", according to EA Maxis Producer Jason Haber.

EA Maxis has confirmed rumours that have been screaming for a while; a new SimCity is ready burst into our lives. Now more details are flowing from GDC in San Francisco about it.

It uses the GlassBox engine to power the game which is "revolutionary simulation" tech letting us toy with "individual Sims lives" whilst managing a whole city. Collector's Edition? Of course! 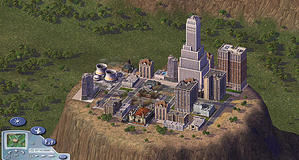