The PC patch for Super Street Fighter IV: Arcade Edition will be available through Steam by the end of the month, announces Capcom, as it progresses to the "final approval phase".

The changelog is the same as the 1.07 patch for consoles that released a while back. Also DLC has arrived on PC for Street Fighter X Tekken through Steam. GFWL got it over the weekend. 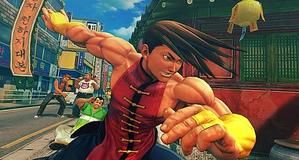