While working on multiplayer missions for his helicopter sim Take On Helicopters, developer Jedra discovered a "bi-product of this learning process was a new Time Trial."

This has resulted in a quintet of new Trials.

Bohemia: "For every three legitimate buyers" of Arma 2 there's '100 pirates'

Arma 2's Bohemia Interactive has revealed a depressing figure of PC piracy, that there are "100 (failed) attempts" to play a pirated copy of Arma 2 online to every legitimate 3.

This shows an "extremely widespread" piracy problem on PC, especially for a "mid-sized" PC focused studio like Bohemia. The stats are "undoubtedly much worse" for singe player. 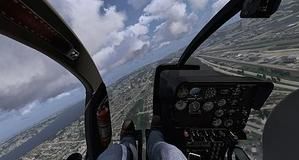