A New Test Drive Game Will Be Announced During Nacon Connect

The latest entry in the Test Drive series, Test Drive: Ferrari Racing Legends, was released in 2012.

Retaining the rights to sell the current Test Drive games, Bigben Interactive has bought their way into reviving a franchise untouched by Atari for over 5 years.

Atari is refuting reports that developer Eden Games was shut down.

Test Drive Unlimited 2 developer Eden Games is no more as Atari close their doors. This decision comes in the wake of the latest fiscal report from the publisher, which sees revenue down.

Former talent behind Test Drive Unlimited 2 and Alone in the Dark have created a new studio called Blossom Minds, and want "original and quality" digital titles.

Their first videogame is due for launch in 2012. They're after "smaller games" with "big production polish." Whooping AAA titles aren't welcome anymore. 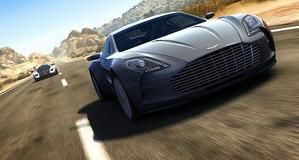