The latest The Surge DLC expansion is Wild West themed, and is out now. Check out the launch trailer and details for The Good, The Bad and the Augmented inside.

The new The Surge Western DLC 'The Good, The Bad and the Augmented' is out next month, and we've got the first screenshots.

The Surge Gets Free Weapon and Armour DLC

The Surge is one of the best action RPGs to hit consoles and the PC platform in recent years. The game is considered as a spiritual successor to Desk 13’s earlier title, Lords of the Fallen, primarily because both games share similar gameplay features.

Having been in development for what felt like a lifetime - it wasn't - The Surge finally arrived on Steam in the middle of May. Now that it's forever cemented as the Dark Souls of the sci-fi genre, we're to expect it'll have a long and fruitful life. Though it remains to be seen whether fans will talk about a mysterious ring for years to come.

Focus Interactive have announced the major new DLC expansion for sci-fi Dark Souls-alike The Surge set in an abandoned amusement park, but is it the game's first and last expansion? 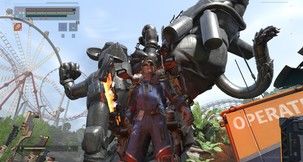 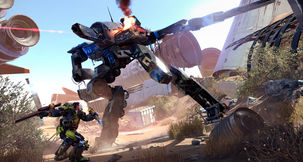 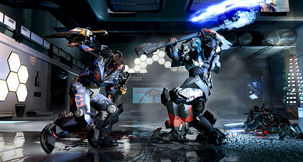