Before Season Two of the heart-wrenching series begins, we check out the in-between episode..

The Walking Dead Is Dipping Into VR With Multiple New Titles

It looks like we won't be hearing the last of The Walking Dead for quite some time yet as Robert Kirkman's survival story has been confirmed to make its VR debut across a number of games going forward.

The Walking Dead Season 1 Game of the Year Edition spotted

While Telltale's The Wolf Among Us may have just released, they don't want us forgetting their stellar rendition of The Walking Dead is also due a shuffling return. There's "big news" due later this month.

Little information has been released about Season Two, although new characters from the 400 Days DLC are expected to appear somewhere. Will Clementine return? 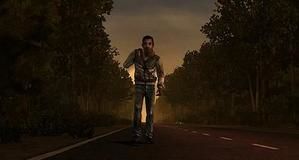