This War of Mine Latest Updates

This War of Mine recieves anniversary edition update with new content

In celebration of This War of Mine's two year anniversary, 11 Bit Studios has launched a free Anniversary Edition update for the Civilian war survival game.

This War of Mine adds Steam Workshop support, full mod tools are on the way

This War of Mine, the game set in the middle of a warzone that cast you as a helpless civilian bystander, has just received update 1.4, which adds Steam Workshop support and expands the Scenario Editor.

Currently players are limited to sharing new stories and scenarios, but developer 11 Bit Studios is working on developing a set of mod tools, allowing creators to dig a little deeper.

11 bit studios is happy to report their War Child Charity DLC for This War of Mine, of which all proceeds go to the War Child charity, has raised enough to aid 350 children.

11-Bit Studios, the developer of excellent survival strategy outing This War of Mine, have announced some brand new DLC for the critically acclaimed title.

All profits from sales of the DLC will go directly to charity War Child so as well as grabbing some new content you can score some good karma points too.

Update 1.2 for This War of Mine adds a new shelter and the chance to choose your starting characters

Anti-war war game (that does actually make sense) This War of Mine has just received a major update, adding a new shelter for your band of desperate civilians to hide in, and the chance to choose your starting group of characters.

Those are the major additions in update 2.1, but as you'd expect there's also a bunch of fixes and balance tweaks, including improvements to animations and NPC behaviour. 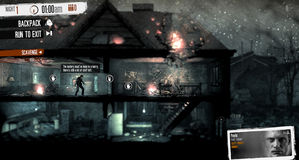 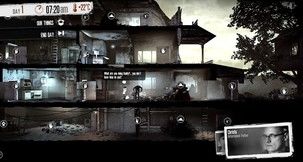 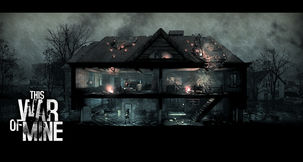