Speed with plenty of crazy? It can only be TrackMania.

Ubisoft is releasing three new Trackmania 2 demos for each of the games (Canyon, Stadium, Valley) to celebrate 10 years of the franchise.

Trackmania fans rejoice! Nadeo has confirmed it is set to release two new entries for the title that focuses on user-generated content.

No demo for Trackmania 2: Canyon

In an interview with truepcgaming with developer Edouard Beauchemin of Nadeo, there won't be any demo for their racing title, TrackMania 2: Canyon.

Ubisoft has released a new trailer for Trackmania 2: Canyon for PAX Prime 2011, which shows off all of the exciting features for the do-it-yourself racer.

Ubisoft has released their list of showcase games for PAX Prime, suggesting that it's their biggest lineup ever for PAX, and they're not kidding. The games they'll be bringing over are some of the hottest games from the company. 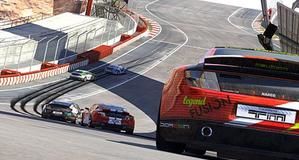