Haemimont Games' Tropico 4, a sequel to their efforts in the franchise, has been pushed from Q2 to the month of August for returning island dictators.

This time we get to deal with the slumbering Chinese superpower, elect ministers and survive 'interactive' disasters in 20 campaign missions. 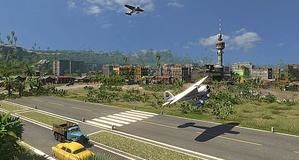