Team17 has announced its second batch of Worms Revolution DLC will land on November 7th.

Team17 has announced the first downloadable content pack for the latest edition of their popular strategy series, Worms Revolution, called the "Funfair Pack". The DLC will be available on Steam, Xbox Live Marketplace and PlayStation Network on the 24th October. 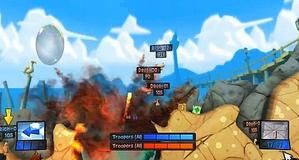