If you're a Worms fan you'll want to check out Bundle Stars' latest offering, the cleverly titled Worms Bundle, which packs together six entries in the long-running franchise.

Okay, so admittedly most Worms games are pretty much the exact same thing, but in this case Bundle Stars has managed to gather up a few of the series' more esoteric offerings.

Team17 has announced a trio of DLC packs for the latest edition of their popular Worms franchise, Worms Ultimate Mayhem. If that weren't enough, the Single Player Pack is free on Steam, while the other two, the Multiplayer and Customisation Packs are a mere £1.99/$2.99/€2.99 each. 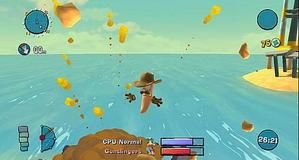