Worms World Party Remastered coming to the PC on July 8

Just like the Doctor or Half-life 3 rumours before E3 starts, Worms is a series that will never truly die. Worms World Party Remastered, an updated version of the classic 2001 entry in the eternally-running franchise, is on its way to the PC next month. 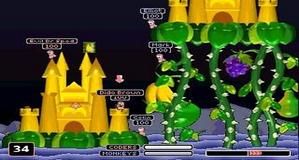