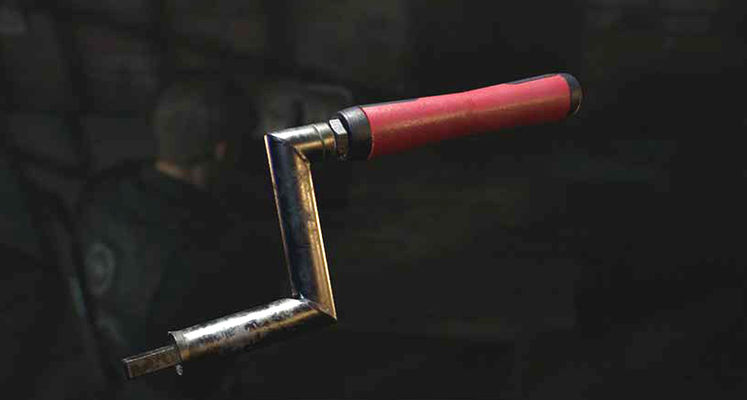 You'll need this little item to open a few shutters in the game - most notably, separating the Garage from the rest of the police station, and on the 2nd Floor, where your access to the Clock Tower and Interrogation Room is blocked. So where is the Square Crank Tool? Let us show you. 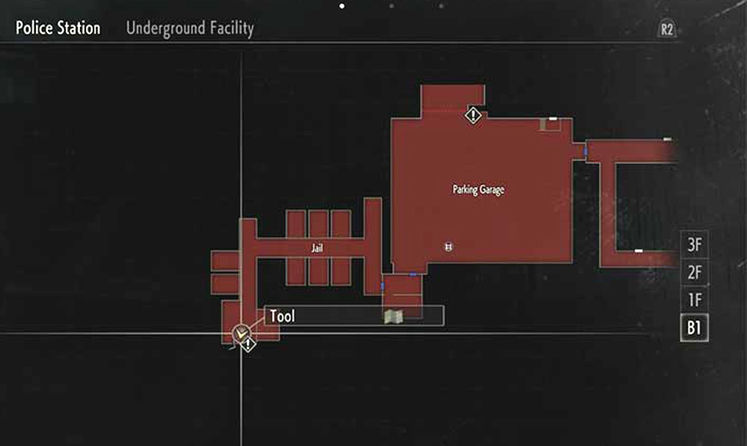 As usual with most of the items in the game, especially the vital ones, the Crank Tool can be eventually found just by progressing through the game - although as it's not pointed out or handed to you, knowing its location can be a good thing. Plus, you probably want to know when exactly you can open up those shutters and gain access to the rest of the RPD.

The Crank Handle is located in the Jail area next to the Parking Garage, just below the Police Station on the Basement 1 level. It's in the end room, next to the journalist who's been locked up by Chief Irons. You'll get a cutscene with him first, and he'll ask you to free him. You'll need the Crank Handle to progress anyway, and open the shutters that allow you back into the police station.

So when can you get the Crank Tool? It's after you've collected the three medallions, opened the statue and left the station for the first time, so don't worry about trying to get it before then. Eventually the game will bring you back into the station in the Parking Garage, and that's the point where you can get the Crank Handle and return to the station. Be warned though - you'll very soon be meeting the Tyrant known as Mr. X for the first time...