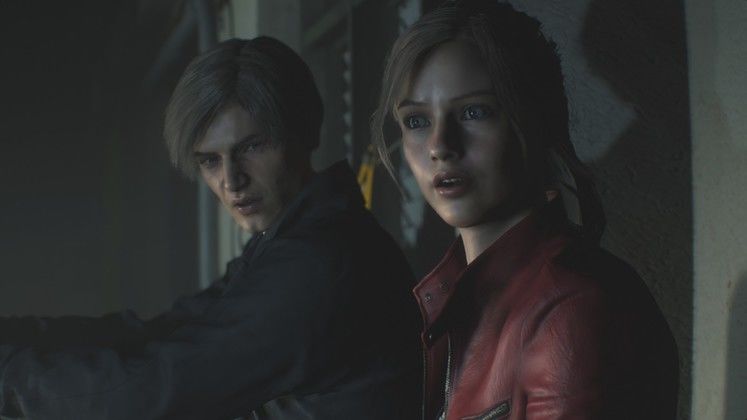 There has always been debate about which game in the Resident Evil series is the best. RE4 has the best action, RE1 Remake has the best classic fixed camera-style, but for many RE2 has the best of everything that makes the series great - but it looks awful now. So when Capcom announced a remake with modern graphics, classic design, and an action camera-style like RE4, well, we felt we were looking at the best Resident Evil game.

Now it’s here. While it has some issues, Resident Evil 2 is a fantastic remake of a fantastic game, and could easily provoke arguments about it being the best game in the series. We’ll certainly be thinking about it constantly. 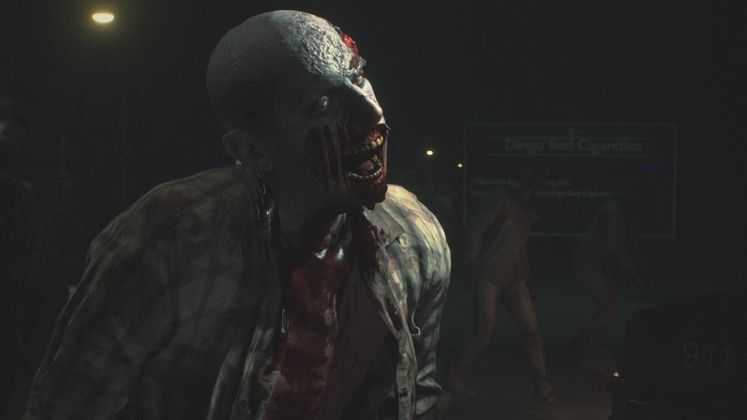 If you’ve never played it, Resident Evil 2 was released in 1998 and follows up the events of the first game, except by now the zombie-creating T-Virus has spread away from RE1’s Mansion and to nearby Raccoon City. None of the cast from the first game appear, and instead we’re introduced to rookie cop Leon S. Kennedy and Chris Redfield’s sister Claire, who both get their own separate campaigns - with completely different weapons and storylines.

One of the coolest things about the original RE2, which is back here, is that finishing one character’s campaign will create a tougher, less-introductory, and re-jigged “2nd Story” version of the second campaign. So even if you fully explored the RPD building as Leon, Claire’s on 2nd Story will still be challenging and a massive surprise. It took us around 7 hours to complete each campaign, and there’s a few extra unlockable modes, so you’re looking at 15+ hours of game here. And that’s only if you’re very, very good (like us). And that’s not even taking the ‘Hardcore’ mode into account. 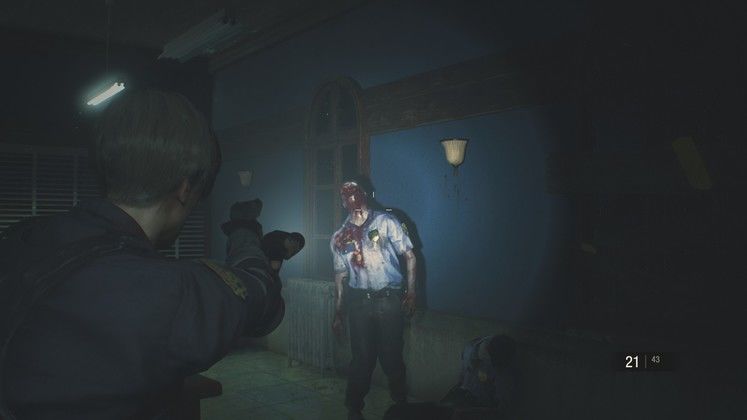 As for gameplay, RE2 Remake is a delightful update of the more “classic” Resident Evil style, with puzzles, keys, weird objects you have to examine, etc. Resident Evil 7 did this well, and RE2 Remake adds excellent quality-of-life improvements - like clearly marking items and things-to-do on your map, to showing what kind of door needs what key, to colour-coding rooms on whether or not there’s something still to do in them. Outside of the map, no longer useful items are clearly marked so you can discard them for space. It’s all really clever and makes the whole experience smooth and never frustrating.

Well, apart from the zombies. Part of the fun of getting back to RE2 is the return of the classic T-Virus zombies, not to mention some of the most iconic enemies the series has ever had, such as the Licker and the Nemesis-precursor Mr. X. The zombies are fantastic, because they’re shockingly tough and a constant threat. You may down them in a bullet or two, but they’ll get back up again. Sometimes you can blow the head off one in a single bullet, other times you’ll empty an entire clip into their heads and they’ll still keep coming. They really are quite terrifying. 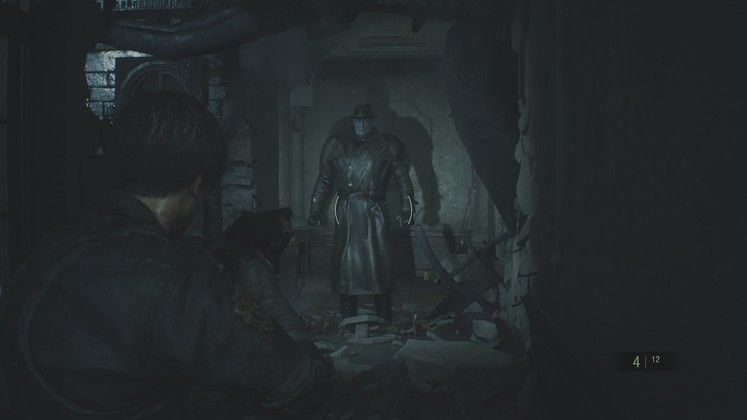 Lickers, cleverly, rely entirely on sound, so if you’re careful you can sneak past them - but that assumes they’re on their own. However, Mr X for our money is the most terrifying enemy in the Resident Evil series. He’s essentially Jason Voorhees or Michael Myers - a hulking human who stalks you constantly, moving at a slow pace but utterly unstoppable. He was intimidating in the original, but now with no loading screens he stalks you literally everywhere. We could actually hear him walking on the floors above us. He’s a large part of the reason why RE2 is so iconic and he’s been perfectly remade.

The action is incredible and the puzzles are just great, but don’t knock the levels either. While it’s disappointing that the centre section of the game is in a sewer, and frankly we would’ve liked to see more of the game set in Raccoon City itself - or at least outdoor areas - the maps themselves are clever, work back around in an intelligent way that make them fun to explore (Dark Souls-esque), and are packed with detail. 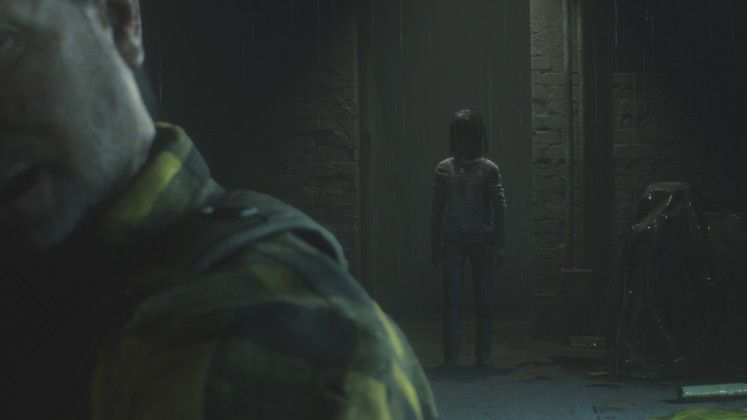 Our system is an AMD FX-8300 Six-Core Processor, 16 Gb RAM, Nvidia GTX 1050 Ti 4Gb, and Windows 10 64-Bit, and Resident Evil 2 ran perfect for us in High settings, with a few Ultras. It can go higher too, if you’ve got a graphics card with more than 4Gb. It loaded really quickly for us too - we were in the game in moments. There’s also one of those fantastic sliders here that tell you how much memory your current video settings will use, so you can get the game looking fantastic without sacrificing performance.

And it does look fantastic, with loads of detail in every location. The enemies in particular all look incredible, and all deform depending on what you do to them. You can cut off limbs, peel away their skin with bullets, or burn them to a charred corpse. This is one gorgeous game - even if Claire’s face is a little odd. 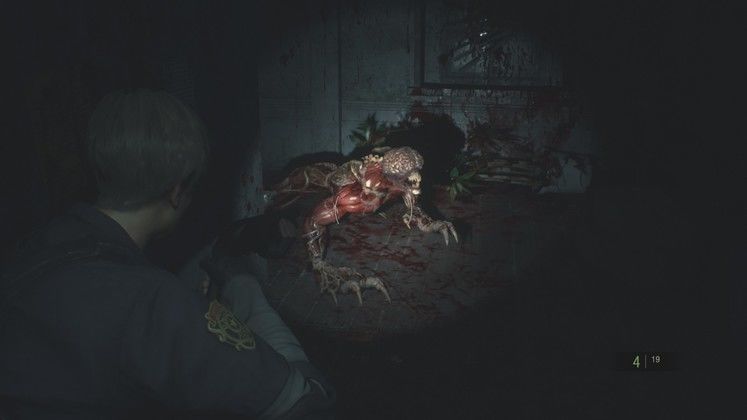 Just to be clear, we loved every moment of Resident Evil 2 Remake, but we do have a few minor quibbles with it. We’ve mentioned the lack of more Raccoon City or outdoor areas, but that’s classic Resident Evil for you (it’s in the name). We don’t know if a 15 hour play time is something to complain about, but it may seem a little short with the two separate character stories. The ending’s a bit abrupt, to be honest, and the boss battles never felt as epic as they could’ve been. To be honest, the worst thing about Remake is that it’s missing a few enemies - but honestly, what replaces them is more freaky. 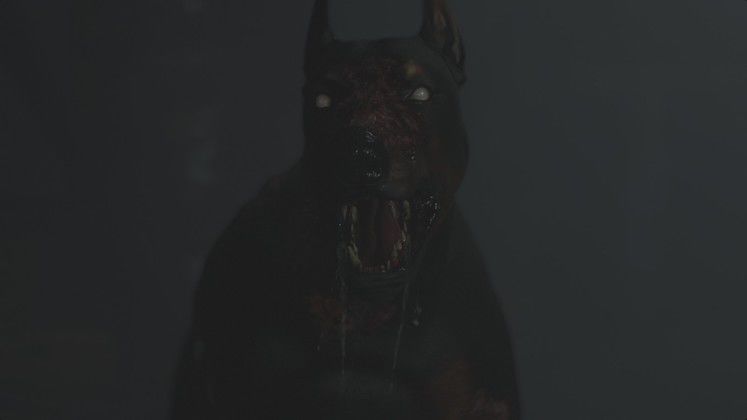 Resident Evil 2 Remake is a triumph of clever, polished game design, and is quite possibly our favourite game in the series. It leans into terrifying close encounters more than epic action setpieces, but that’s really what the series is about, and RE2 does the terrifying perfectly. Enemies are superb, and the game boasts the best zombies in any game ever - unrelenting and mostly unstoppable, they’re just creepy. Then there’s Mr X, the game’s own Jason Voorhees, continuously stalking you throughout.

We loved every moment of Resident Evil 2, and even if you know the first game inside out, you won’t know the Remake at all. If you’ve ever loved a Resident Evil game, or wished that RE7 was third-person, want to go back to RE2 and its great horror design, or just want a horror-action game… get Resident Evil 2 Remake. You won’t be disappointed.

The first encounter with Mr X… which will probably go on for longer than you expect.