Take-Two and Rockstar team "excited to continue our partnership"

18 December 2008 | By Simon Priest
It comes as no surprise that Rockstar Games and publisher Take-Two have signed themselves together in alliance once more.

Sam Houser, Dan Houser and Leslie Benzies have all kept their creative minds penned to this "unique atmosphere that fosters creativity and innovation," at least until 2012 anyway.

There looks to be no shortage of Grand Theft Auto in Take-Two's future, and given their recent fiscal revelations they're likely breathing huge sighs of relief. The GTA franchise brought in $710 million in revenue fiscal 2008.

"We are excited to continue our partnership with the new management team at Take-Two, who have helped us to protect the unique atmosphere that fosters creativity and innovation."

See below for the full press release. 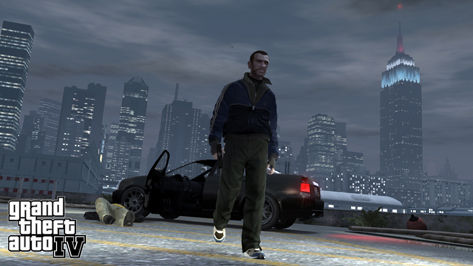 NEW YORK - (Business Wire) Take-Two Interactive Software, Inc. (NASDAQ:TTWO) today announced that it has established a new incentive compensation program for the Rockstar Games label that is primarily based on a profit sharing arrangement, and at the same time has entered into new long-term employment agreements with members of the creative team of its wholly-owned Rockstar Games publishing label. The new employment agreements have an initial term ending on January 31, 2012.

Among the Rockstar Games team members entering into new long-term employment agreements are Sam Houser, Dan Houser and Leslie Benzies, as well as several other key members of the creative team behind the renowned Grand Theft Auto series. This team has been instrumental in the development and success of Take-Two’s extensive portfolio of multi-million unit internally owned franchises.

In addition, Take-Two has agreed to fund the future development of certain new intellectual property to be owned by a newly formed company controlled by key Rockstar Games team members and published exclusively by Take-Two.

Strauss Zelnick, Chairman of Take-Two, commented, “We’re delighted with the extension and expansion of Take-Two’s relationship with the Rockstar team. The talent and creativity at Rockstar are unparalleled in our industry. Their dedication to making extraordinary games has captured the enthusiasm of millions of fans around the world and has contributed enormously to establishing Take-Two as a force in the global video game marketplace and advancing our goal to become the most creative and most innovative company in the industry. In addition, this new chapter in our successful relationship further aligns the interests of our creative teams with those of our shareholders.”

Sam Houser, Founder and Executive Producer of Rockstar Games, added, “The entire Rockstar team has always been dedicated to making groundbreaking games with unprecedented production values, style and depth. We are excited to continue our partnership with the new management team at Take-Two, who have helped us to protect the unique atmosphere that fosters creativity and innovation.”