22 January 2008 | By Kres
You might remember the days when you headed down to your local arcade in order to spend your pocket money on Pac-Man, a popular arcade game were you would eat dots and fruit whilst being chased by several ghastly ghosts. For those of you that did this, you may be interested to know that a university group has designed a computer program which has learned to play just as well or better than perhaps you did using tactics that it developed all by its self. 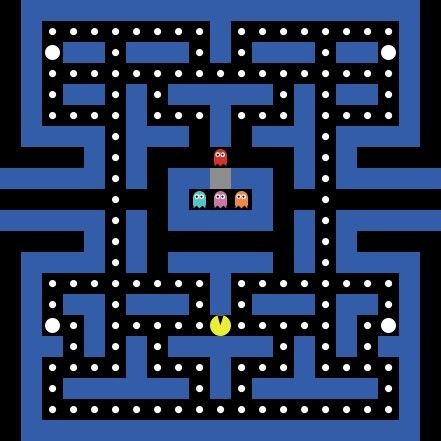 András Lörincz and István Szita at Eötvös University in Budapest, Hungary, started off by giving their Pac-Man program a selection of possible scenarios. If a ghost was nearby the computer would learn several actions that it could take, like moving away or going to eat a big dot which is a special pick-up that allows pac-man to eat the ghastly ghosts that are chasing him.

The computer then combined these scenarios and actions to produce rules, which it would test by playing games to figure out which rules worked the best.

The resulting computer outperformed average human players and the pair who developed this system said that it was built to analyze the weaknesses of AI compared to Human intelligence by using video games.

"Games are interesting and challenging for human intelligence and therefore an ideal means to explore what artificial intelligence is still missing." Lörincz and Szita said.

They did mention that the computer failed to learn some of the tactics that we find useful, such as waiting for the ghosts to appear before we munch one of those big dots so we can lure them into a trap and eat the ghosts giving us some time to grab those dots before the timer runs out and they appear again.