23 May 2008 | By Jamie Davey
Braun has announced his involvement in a new Oddworld game whilst speaking at Wilfrid Laurier University in Ontario, Canada.

This new Oddworld will feature 'revolutionary' 3D animation, which allows gamers to experience a "1 to 1 scale" of quality to motion picture animation.

There was no hiding his excitement with this new style of technology; he hinted also that this next Oddworld project could be released as episodes.

"The rendering tools are getting so good now for 3D animation that you can literally create a linear animation and create a video game using the exact same objects... . The tools are finally getting to the level where we can come out with a show and we can come up with a game," said Braun.

"You're literally on the set," he continued, meaning that assets created digitally could be used in both film as well as fully interactive videogames.

Developer Oddworld Inhabitants are "such a talented group of people and I really trust their ability to create compelling content," said Braun. The group has been reformed to give Oddworld it's resurrection but that a game is "years" away from hitting shelves.

The last Oddworld game released was in 2005, Stranger’s Wrath, but it looks like death for the franchise will be staved off for a while longer. 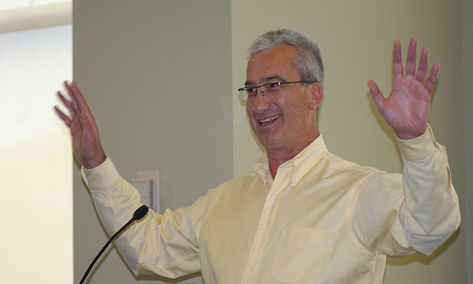