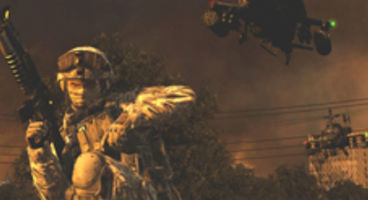 Publisher Activision has been criticized for the high RRP of Modern Warfare 2, but some retailer deals cut its price by over half its tag.

What's more is that supermarkets in the UK are likely to slash the price deep, with ASDA already having done so with FIFA 10.

Retailer Gamestation offers a deal where if you trade in two copies of certain titles (WET, Overlord II and Sacred 2: Fallen Angel) then you can pickup Modern Warfare 2 for just £4.99. Savvy gamers have been buying up Overlord II twice for £9.99 each and trading in.

Currently the average price of Modern Warfare 2 with online retailers is around £45. ASDA has already cut prices of FIFA 10 and Operation Flashpoint 2: Dragon Rising to drive sales, even though they've been selling at a loss.

The supermarket giant said "customers continue to tell us that computer games are an expensive product in today's economic climate so we are working hard to try and offer them consistently good value for money within the games category". Rock on!