More Kane & Lynch is planned, they're "not going to disappear" 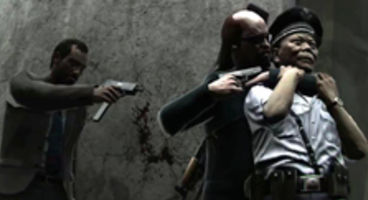 Eidos life president Ian Livingstone has confirmed there will be more Kane & Lynch coming from Danish-based IO Interactive, despite the "Marmite effect".

He admits people either "loved it or hated it" with the sequel and its shaky home video style camera. It was "thrill-a-minute instant action stuff," said Livingstone.

"We haven't made any announcements about Kane & Lynch going forward, but we all know that Kane and Lynch are two amazing characters who have a lot of brand equity," stated Eidos boss Ian Livingstone, now owned by Square Enix.

"People like those guys, so they're not going to disappear." Indeed they don't as they're even giving Lara Croft and the Guardian of Light a cameo visit. Despite this Marmite reception it still performed well critically and in sales, achieving top spot in the UK.

"But it's artistic, thrill-a-minute instant action stuff. I thought it was a great game, but I can understand people might not have liked it." IO's general manager Niels Jørgensen said they understood why it got reviewed low by some, that it was "fine".