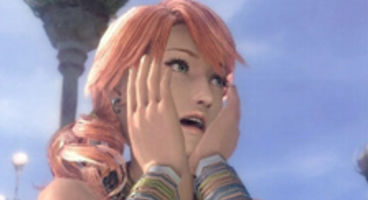 Daniel Wolf of San Diego is so incensed at Square Enix's Final Fantasy XIII for freezing up his PlayStation 3 and 'bricking it' that he's off to court.

He's also gunning for Sony too as they're peddling "defective products," and chose to ignore the problem he claims. Square and Sony 'point finger'.

The class action suit seeks $5m in damages and other financial relief. Wolf says that when trying to sort all this mess out with his now 'useless' PS3 console, Square and Sony were adamant that each other were to blame for the faults.

"Both Defendants are eminently aware of the damage being cause by their defective products, and have chosen to do nothing about it," says the suit, reports IGN. Final Fantasy XIII has caused "severe and widespread damage" to PS3 consoles since release.

'Numerous gamers' playing the Square JRPG have experienced "their PS3 consoles to freeze and become totally and permanently inoperable." Wolf bought the game the day of release and then when going to save his progress it became unresponsive.

Since then it would no longer play any other media after it had restarted. Square Enix has yet to offer a response and Sony don't comment on legal matters they tell IGN. Has Final Fantasy XIII given you and your console of choice any trouble, videogamer?