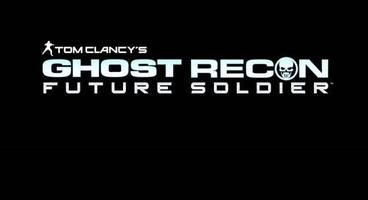 Ubisoft has revealed that this week's big announcement is Ghost Recon: Future Soldier, a new game in the popular tactical FPS series.

Ghost Recon: Future Soldier is being developed by Ubisoft's French studios, and will be released for the Xbox 360 at the end of 2010.

There's a video coming to the Xbox Live Marketplace soon that reveals an open multiplayer public beta that will take place this Summer for every Splinter Cell: Conviction owner.

No word yet on if this will be released for PC or PS3, but we've contacted Ubisoft for comment.

Ubisoft is offering gamers a chance to be the first to play Tom Clancy’s Ghost Recon: Future Soldier’s Multiplayer Beta this summer 2010. This exclusive beta invitation will be available for a limited time to customers who purchase Tom Clancy’s Splinter Cell Conviction™ for the Xbox 360® video game and entertainment system from Microsoft, which releases on 16 April 2010.