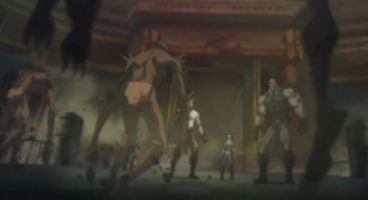 EA has once again backed an animated film for Dead Space, their super survival horror franchise. It's due on DVD and Blu-ray January 24th - rated 18.

Aftermath bridges the end of Dead Space and the beginning of the sequel. This is EA's second animated flick for Dead Space with 'Downfall' proving a hit.

The group responsible for the Dante's Inferno: An Animated Epic are behind this new Dead Space movie, and it features voice over work from Stargate SG-1's Christopher Judge and Babylon 5's Peter Woodward, who is also in newish TV show Fringe.