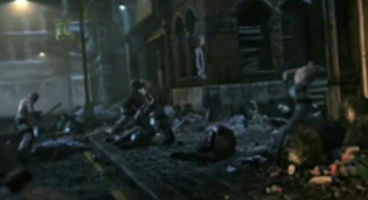 Rocksteady's Batman: Arkham City will start with all Batman's gadgets on him from the end of the first game, and a smoke bomb why not.

Gangs will roam the streets of the walled off Arkham City, bought and designed by Quincy Sharp. There'll be more puzzles and The Riddler returns.

Details from the GameInformer coverage of Arkham City has been gobbled up by fans, with ArkhamCity.co.uk summarising what we can expect when it releases next year. Here's what the magazine got out of Rocksteady:

- Quincy Sharp is no running for mayor.

- Quincy Sharp buys off part of the slums and walls it off, creating Arkham City.

- Hugo Strange is in charge of Arkham City.

- Two-Face plans to execute Catwoman to gain respect of inmates.

- The overdose of venom may not be what's wrong with the Joker.

- You are now able to counter two attacks at once.

- All gadgets included in the first game are available from the start.

- Side missions now feature in the game.

- You find people who work for Ridler to find Ridler challenges.

- Batman has his smoke bomb.