11 December 2010 | By Jonah A. Falcon
You've just survived 2010. Your wallet has taken a beating from being practically forced to buy titles for your machine out of pure awesomeness. Halo: Reach, Battlefield: Bad Company 2, Assassin's Creed: Brotherhood, Heavy Rain, Call of Duty: Black Ops, Mass Effect 2, Starcraft II, Bayonetta, Red Dead Redemption, God of War III, BioShock 2, Medal of Honor, and the list continues - and that didn't even include the price you paid if you wanted to get the Rock Band 3 keyboard, Kinect or the PlayStation Move.

If you think you're getting a break, the action just starts up again in January with the PlayStation 3 version of Mass Effect 2 and Dead Space 2, but it doesn't let up from there. You have to be patient, and decide which games you want to buy now and which you'll wait for there to be sales or bundles on.

So now we're going to list the AAA titles of 2011 alphabetically, so you can be prepared for the wallet drain. Here is Part I of 2011: The Year to Come In Games. 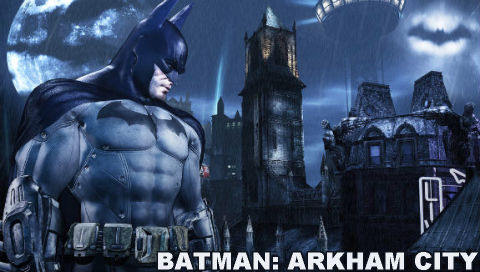 The Bat is back, and this time, Gotham City is in hell. Taking a page from Escape from New York, newly-elected Mayor Quincy Sharp has bought out a large section of Gotham's slums to house the prisoners of Blackgate Prison and Arkham Asylum. The perimeter is armed, and the inmates run the asylum, so to speak, so long as they don't try to escape. Batman is none too pleased, to say the least, and is worried that the situation may get out of hand.

If that weren't enough, not only will The Joker and Harley Quinn return, so will the Riddler (whose tricks will be even more elaborte this time around), the Scarecrow and Zsasz. Joining the cast will be Catwoman, Two-Face, Mr. Freeze, Talia al Ghul, Hugo Strange, The Calendar Man, and there will be more surprises that Rocksteady refuses to divulge. If that weren't enough, players retain their entire arsenal from the end of Arkham Asylum and get even more wonderful toys. What could be better than that? 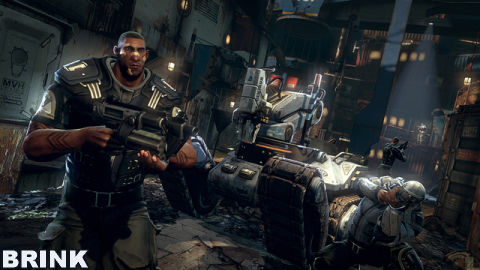 Splash Damage knows class-based first person shooters. It's their thing. They're best known for the Enemy Territory mods for Quake Wars and Castle Wolfenstein, and this their first major work, to be produced by Bethesda Softworks. If you love games like Team Fortress 2, you'll have an orgasm over Brink.

What makes Brink so special? For one, the graphics are incredible. Rather than going for reality, they're going for a stylized semi-cartoonish look that has a ton of attention to detail, and a humongous amount of customization that will effect some of your character's abilities. The gameplay is dynamic, which makes sure that every player has a purpose towards mission completion, using experience points as a carrot. If that weren't enough, there's synergy between single player, co-op team and competitive team modes that allow players to drop-in, drop-out of entire campaigns. Don't sleep on this title - everyone who's had some experience with it have come away thoroughly amazed. 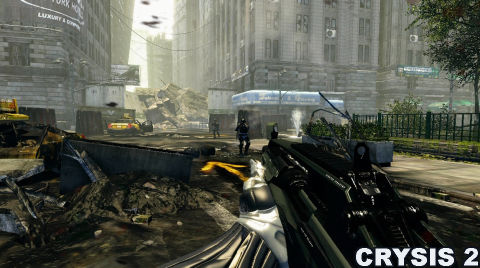 PlayStation 3 and Xbox 360 owners are going to find out why PC owners are so reverential when they talk about Crytek and their wizardry with graphics. Crysis 2 is being released with the CryEngine 3 engine, and not only are the visual effects something to behold, all platforms will be getting a powerful editing tool to create levels on the fly, much like Far Cry 2 did.

The second game will take place in Manhattan, which reportedly has been replicated with some detail and will be the center of a devastating alien invasion. The protagonist, codenamed "Alcatraz", will be donning the all-new and improved Nanosuit 2, which will allow the player to have two powers on at once, allowing for combinations such as matching speed and strength to let the player perform long jumps. Add to it incredible enemy AI and pitched multiplayer modes (one had a rooftop battle that was incredible to watch), this game could dominate the Spring. 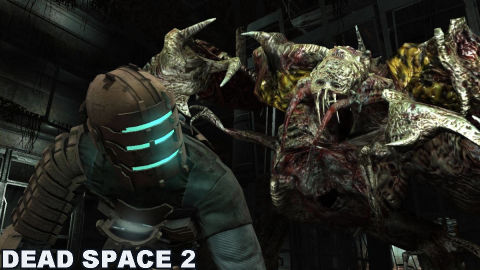 One of the biggest surprises of 2008 was Dead Space, a futuristic survivol horror game that put the player in the place of Isaac Clarke, an ordinary tech specialist who is stuck inside a ship full of reanimated corpses. The game was legitimately scary, combining Alien and System Shock 2 with a healthy dollop of H.P. Lovecraft and John Carpenter's remake of The Thing thrown into the mix.

Dead Space 2 takes Isaac to a densely populated space station, dubbed the "Sprawl," where Isaac will once against have to deal with a Necromorph infestation. Fortunately, this time around he'll have a few new weapons to protect himself with, though like the previous game, the weapons are actually tools just re-purposed for the express job of killing creepy-crawlies. Gamers won't have to wait long as Dead Space 2 will be hitting stores in January, and a demo will be released mid-December. 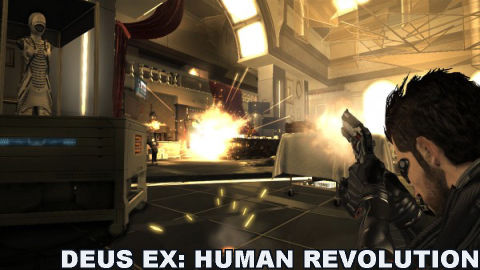 One of the most beloved games of the last 10 years was an ambitious, strange mixture of first person shooter and roleplaying. Dues Ex was released in 2000 and practically redefined computer roleplaying games, one of the very few that encouraged thinking outside the box by removing experience points from killing and put it in mission accomplishment and exploration. Add a ton of research into conspiracies and intelligent philosophy, and you had Deus Ex.

After the much maligned sequel Deus Ex: Invisible War was released, the IP was put on the back-burner til Square-Enix purchased Eidos, intent on strengthening its connection with Western audiences. Among the titles being resurrected are Thief, Hitman, and Tomb Raider, among others, but the one most people are excited about - and worried for - is Deus Ex: Human Revolution. The game is taking some serious chances, such as being a prequel, but having seen the game in action at E3 2010, all of the things that makeDeus Ex, Deus Ex are here, and the mech-augmented protagonist, Adam Jensen, is just as badass as J.C. Denton and Alex Denton were, and there's even the option of going through the entire game without killing a single person. Deus Ex fans, it's back with a vengeance. 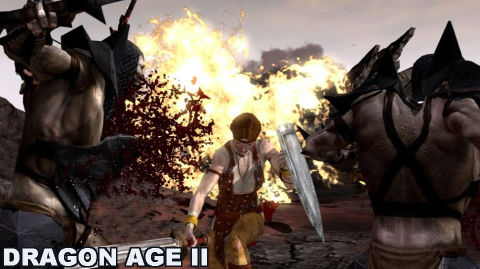 The sequel to Bioware's grand fantasy epic Dragon Age will be landing in 2011, and it'll be quite the change from the first game. For one, the game will be more action-oriented and brutal. While the first game didn't quite live up to the Marilyn Manson gorefest the ads promised - not that it didn't have its brutal moments - Dragon Age II will be wading in blood. The game promises more limbs flying and less talk.

That's not to say the game isn't intelligent. It will, like all Bioware games, react to your decisions, and even though the main character Hawke is unrelated to your Dragon Age 1 character, the decisions made in Dragon Age and Dragon Age: Awakening can be ported to the sequel. If that weren't enough, Hawke will be fully voiced and a Mass Effect-style dialogue wheel will be adopted for the game. It's time for the Grey Wardens to rise once again. 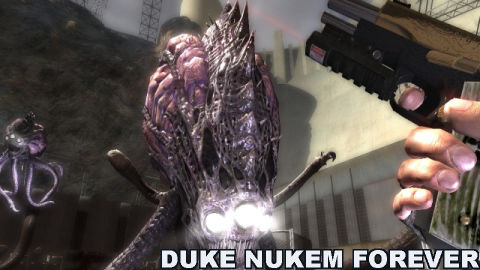 The biggest, most shocking announcement this year was the unveiling of Duke Nukem Forever at PAX Prime 2010. It wasn't a joke. It was real, and had a playable demo. The subject of a multitude of jokes over the course of the 21st century, and multiple promises and iterations - the game had become the living symbol of vaporware. Every few years, some new revamped gameplay would emerge. The lawsuit between 3D Realms and Take Two Interactive over the game seemed to be the last straw, but in came Gearbox's Randy Pitchford to save the day. Ironically, Pitchford had helped work on the last stages of development for Duke Nukem 3D as a neophyte developer before striking out on his own. Duke's number one fan had rescued him from near-oblivion.

There isn't much more to say about Duke Nukem Forever. It doesn't have a sense of irony - this is the same macho, bull-headed blond steroid user from Duke Nukem 3D. He has the same ego with the same dry one-liners. Would we want him any other way? The game will finally be released in 2011, and if anyone is wondering if after fourteen years the game will be any good, the answer is obvious: always bet on Duke.

Thus ends Part I of 2011: The Year to Come In Games. Yes, all of the games noted so far are all mutliplatform titles heading to the PC, Xbox 360 and PlayStation 3, but that's just the luck of the alphabetical draw. Stay tuned for Part II when some of the highly anticipated single platform exclusives will be featured. In the meantime, let us know what you think of the games listed so far.