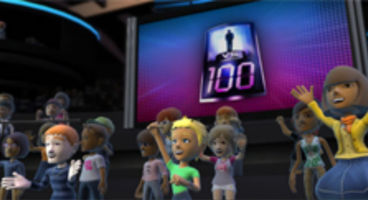 The Xbox Live 1 vs. 100 game show erm, game, got cancelled by Microsoft. It offered real prizes as gamertags competed for glory in knowledge.

Well not any more. Chris Cashman was the US host and he says "bummer," because it was "pretty much tops." Part of a "bigger picture"?

"Yeah... bummer," Cashman told Giant Bomb in an email over the cancellation. "I certainly hope to get a chance to play with Xbox again, but I have no idea what its up to next." How could Microsoft not employ a guy with the surname 'Cashman'?

"It wasn't that long ago that I was blown away by having colored rubber bands on my braces, so getting to host the first live videogame ever is pretty much tops," he added.

"The Live platform is so cool and the streaming content is just way ahead of the curve, so I gotta assume it's all a part of a bigger picture."

"I'm sure they are plotting something rad. As for how I'm taking the news of 1 vs. 100 going away? Well... I've always been dramatic," he concluded. It was here he linked to a YouTube clip of himself so that he might better express his ex-host feelings. It's below.