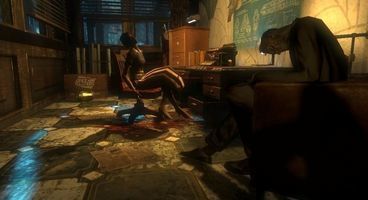 2K Games has sent over the following press release announcing that DLC for BioShock 2 will soon be available on the Xbox Live Marketplace, Games for Windows-LIVE and PlayStation Network.

Monday 22nd February/...2K Games announced today an aggressive post-launch downloadable content plan for BioShock®2 that extends and enhances the single and multiplayer experiences by adding more glimpses into the award-winning world of Rapture. Downloadable content will be made available soon, beginning with the Sinclair Solutions Test Pack, available this March from the Xbox® LIVE Marketplace for the Xbox 360® video game and entertainment system from Microsoft and Games for Windows–LIVE for 400 Microsoft Points and from the PlayStation®Network for £3.19. Future expansions into the world of BioShock 2 are slated to arrive over the coming months and will continue to expand on the stories of the denizens of Rapture.

“The fans who waited in the snow, rain and cold for the midnight launch of BioShock 2 have spoken and their message is that Rapture still has many fascinating stories to tell,” said Christoph Hartmann, president of 2K. “Downloadable content is a key part of our efforts to continue to entice the fans that have made 2K a household name - we intend to deliver single and multiplayer content that respects and expands upon one of the greatest fictional worlds ever created.”

Sinclair Solutions Test Pack, the first of several planned downloadable packages, contains a number of customization features that will allow players to further their character’s development in BioShock 2’s multiplayer modes and provide a deeper multiplayer experience. The pack includes:

• A third weapon upgrade for each weapon

*Some items are only available after a player achieves a rank of 41 or higher.

In the coming months, 2K Games will also be publishing downloadable extensions of the single player experience that provide new insight into the world of Rapture. These packages will include more narrative, new tools and new challenges that extend the lore and fiction of the failed Utopia under the sea.